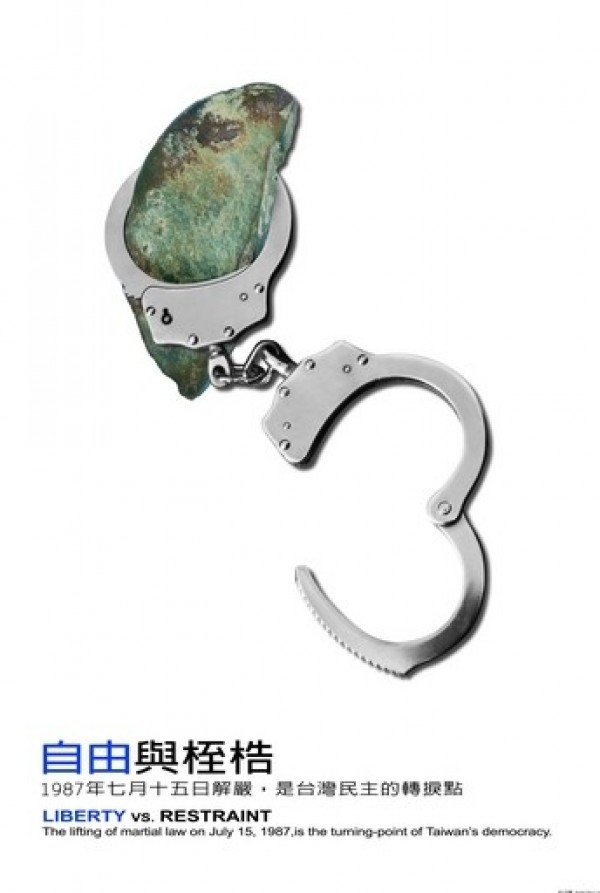 Organized by the Preparatory Office of the National Human Rights Museum, the activities will be offered in three main groups - "July 15: Commemorating the End of Martial Law,” "Prison Island of Taiwan: Landscape of Injustice under White Terror,” and "International Film Festival on Human Rights.”

"July 15: Commemorating the End of Martial Law” will present a Taiwanese music concert by Syanching Studio (絃琴藝緻) and a wreath-laying ceremony in front of a stainless-steel memorial dedicated to political victims situated by the Office of the President on July 15.

The concert will present the hardships and emotions of White Terror victims and their families, and express expectations for a brighter future after the lifting of martial law from the vantage of younger generations.

"Prison Island of Taiwan: Landscape of Injustice under White Terror” will open at the Jingmei Human Rights Memorial and Cultural Park on July 14, and travel to the six regions of Kaohsiung, Taichung, Penghu, Green Island, Taoyuan, and Tainan before arriving at Keelung by December.

The exhibition will feature the government's bureaucratic procedures governing political prisoners during the martial law period, and showcase 45 sites where victims were arrested, interrogated, extorted confessions by torture, prosecuted, held for trial, convicted, and executed. It will also reconstruct collective memories through personal testimonies and oral recordings.

If history is comparable to a boat, let us use the arts as oars and raise the sail of culture to lead the Taiwanese people into the ocean of democracy.