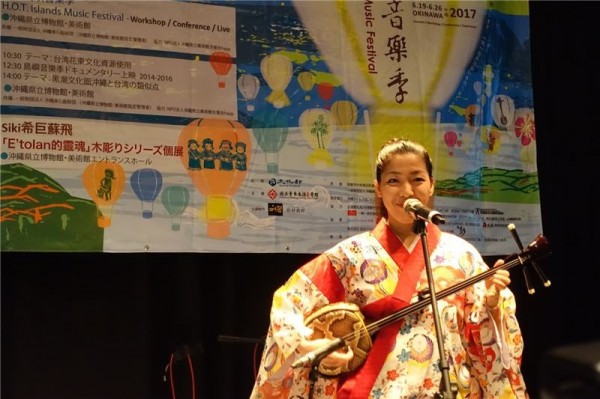 The H.O.T. Islands Music Festival, an annual festival that takes place in different host cities across Taiwan and Japan, will return to Okinawa this year from June 19 through 26.

The National Taitung Living Arts Center held a press conference at Taitung's Tiehua Village on May 27 to offer more information on the outdoor festival and this year's activities.

As a collaboration among musicians from Hualien, Taitung, and Okinawa, the festival has deepened friendships between the people of Taiwan and Okinawa through live music gigs, workshops, and forums, as well as other forms of cultural exchange since 2014.

They will be performing and exchanging ideas with seven notable Okinawan musicians, including Kachimba 4, The Sakishima meeting, Chibana Tatsumi (知花竜海), and Takafumi Toyama (當山貴史).

The press conference also invited Long-Ger, Kachimba 4, and Yui Matayoshi (又吉佑衣) to perform several songs as a sample of what's to come next month.

Previous editions of the H.O.T. Islands Music Festival have introduced original music to a wider range of audiences and prompted several music collaborations, successfully strengthening ties and enriching the cultures of Taiwan and Japan.