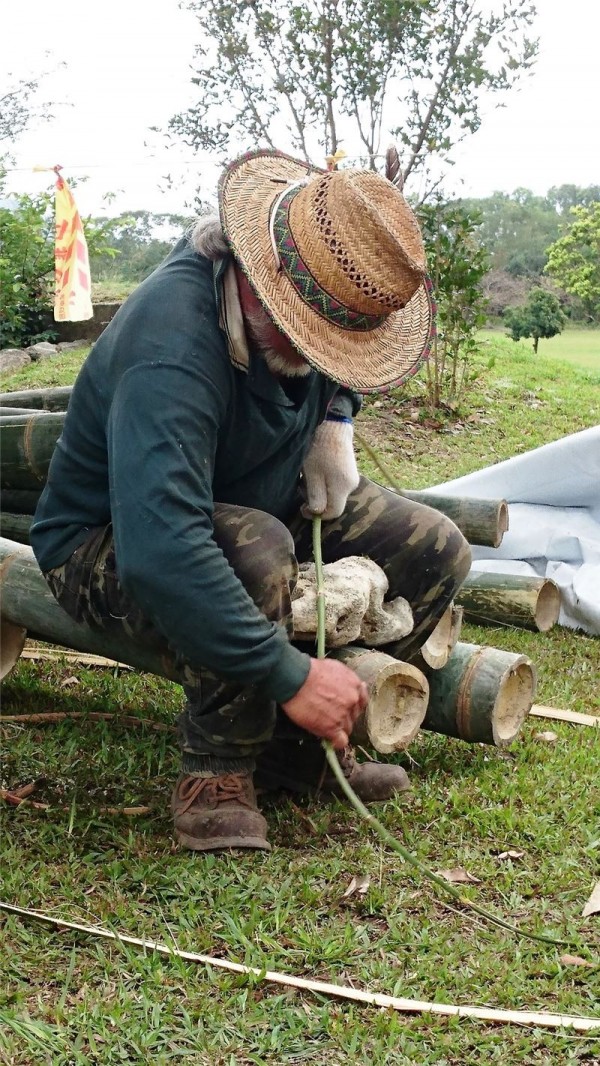 The Taitung-based National Museum of Prehistory and Japan's National Museum of Nature and Science have entered a partnership to construct a traditional Amis raft this year for testing the feasibility of prehistoric migration by sea.

The raft-building project is part of a sailing mission set for 2019. The objective of the Taiwan-Japan joint collaboration is to prove the hypothesis of migratory journeys from Taiwan to Okinawa were carried out by prehistoric seafarers some 30,000 years ago.

Among the possible vessels proposed - such as thatched boats, bamboo rafts, and wooden canoes - for crossing the Kuroshio Current, Yousuke Kaifu (海部陽介), a professor working with the Japanese National Museum of Nature and Science who spearheaded the project, will test out several sea routes by using a bamboo-made vessel.

As bamboo is a plant native to Taiwan, the aboriginal Amis tribe residing on eastern coast of Taiwan had used bamboo rafts to catch the seasonal flying fish in the past. While rattan, a common thorny vine with strong fiber, was widely used by indigenous craftspeople to make furniture in earlier days.

In the belief that Taiwan's earliest settlers were familiar with the properties of bamboo and rattan and were capable of making use of such plants, the project team will use rattan to tie and bind their bamboo raft.

With assistance from the Taitung Forest District Office of Forestry Bureau, the project is being carried out in cooperation with an Amis crafts team led by tribe elder Lawai. So far, materials including native bamboo and rattan have been harvested from state-owned forests in Taitung.

Scheduled for trial sailing this June, the project will be carried out at Peinan Cultural Park, where the teams will construct the raft following traditional Amis methods, from peeling, bending, and burying the bamboo in sand to the age-tested techniques used to bind the rattan.

To prove that the prehistoric voyage from Taiwan to Okinawa was a purposeful migration, the project now calls for videos or photographs that can identify the Okinawa Islands from vantages overlooking eastern Taiwan or the Central Mountain Range to demonstrate that Okinawa can be visibly seen from Taiwan.

Earlier reports of this story can be found here.