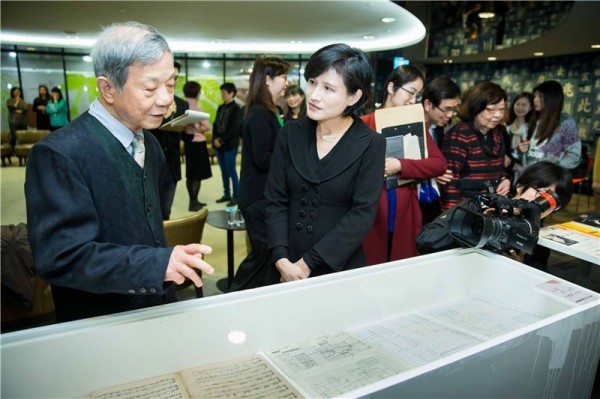 The Ministry of Culture held a ceremony on March 21 to mark the recent donations of historical documents by Taiwanese musicians and the advancement of preservation work on Taiwan's history of music.

Culture Minister Cheng Li-chiun noted that the Taiwan Music Institute has received a donated total of 2,360 historic collections - including more than 25,000 pages of manuscripts and sheet music so far - and that the Ministry will actively assist in the process of recording and preserving the development of music in Taiwan.

The Ministry will begin by providing resources for the storage of Taiwan music materials, upgrading both the physical facilities and human resources of the Taiwan Music Institute, and promoting research and interpretation on Taiwan's music history in a systematic manner, added Minster Cheng.

In addition, the Ministry will actively promote the digitization of historical materials and encourage more value-added applications, such as reinterpreting works by senior musicians to make their music a part of the life and culture of all Taiwanese generations.

The Taiwan Music Institute started collecting manuscripts from Taiwanese musicians since 2013, the year marking the 10th anniversary of the death of composer Chang Hao (張昊). On that year, his wife donated all his manuscripts to the Institute, which prompted the Institute to start collecting more original scripts, publish sheet music and records, and establish a digital archive of Taiwan music.

The Institute also compiles the "Taiwanese Composers Sheet Music” series and releases "Taiwan Music Image” records on an annual basis. It also recommends works that are suitable for cross-field applications or further editing and performances.

Presently, the majority of manuscripts and documents collected by the Institute can be accessed through the Online Database of Taiwanese Musicians. In the future, the Institute will apply cloud computing to curate digital exhibitions and enhance the value of its online archives.