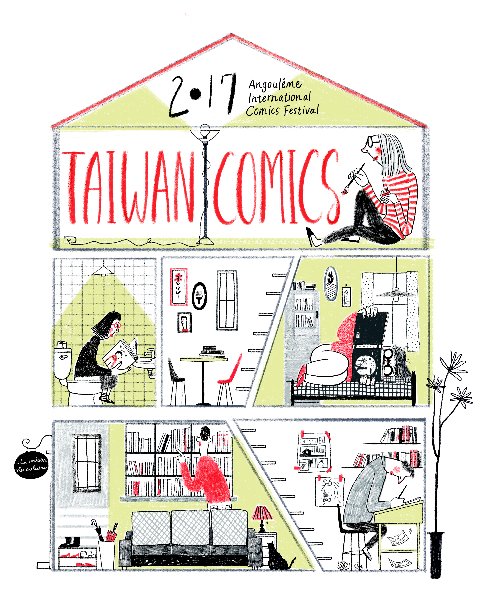 With the Angoulême International Comics Festivalreturning for its 44th edition this year, the Ministry of Culture will lead Taiwanese cartoonists and publishers to promote Taiwan-made comics in France from Jan. 26 through 29.

Wei Chin (覃偉), who is currently studying at the School of Comics of L'iconograf, has been nominated for the Prize for the Young Talent (Concours des Jeunes Talents) this year. As the first Taiwanese artist to become a finalist at the competition, his works will also be showcased by the festival.

Under the banner "Taiwan Comics Apartment: The Base of Dreams,” which was designed by Chen Pei-hsiu, the Taiwan Pavilion will welcome visitors to learn more about Taiwanese comics by walking into an "apartment” where cartoonists read, create, and relax.

A digital section will present several original works and products by aniComic (微動創意股份有限公司), a digital platform that provides mobile-based services for comic readers, to create more opportunities in cross-sector applications.

In addition, 61Chi will join the Comic Concert (Concerts de dessins), where she will be joining other cartoonists to improvise in a theater play accompanied by live bands. Last year, Taiwan was represented at the concert by renowned comic artist Ao Yu-hsiang (敖幼祥).

Deng Mei-rong (鄧美容), deputy director-general of the Ministry of Culture's Department of Humanities and Publications, noted that Taiwanese comics have successfully entered the global market by striking several licensing agreements with other countries since 2012. 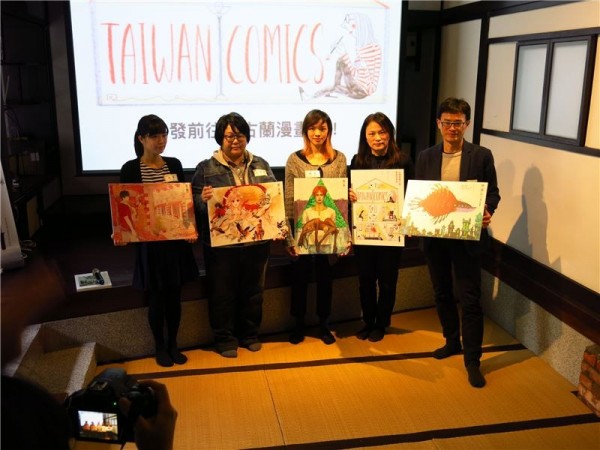