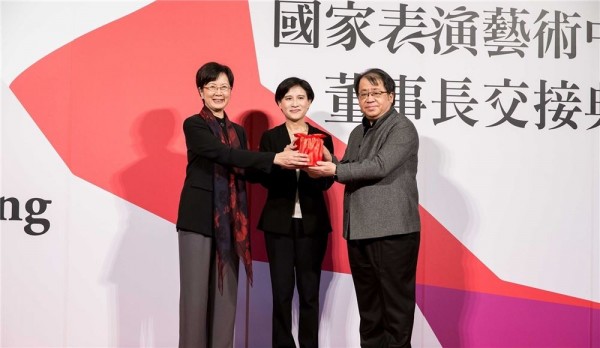 A graduate of the University of Music and Performing Arts in Vienna and the first Taiwanese artist to receive the Performer Diploma in Percussion, Ju is also the recipient of the 2000 National Award for Arts.

In addition to his rich experience in administrative work, Ju has long been attentive to the administration system in Taiwan, having successfully pushed for the formation of Non-Departmental Public Bodies Act in 2011.

K.C. Chen is a cultural preservationist who sponsors heritage sites such as Taipei Story House (台北故事館) and Futai Street Mansion (撫臺階洋樓) to maintain the historical integrity of Taipei. She had served as the inaugural chairperson of NPAC since 2014.

NPAC governs three venues — the National Theater and Concert Hall in northern Taiwan, the National Taichung Theater in central Taiwan, and the Wei-Wu-Ying Center for the Arts in southern Taiwan. It is seen as the key to the structural upgrade of the arts education and cultural environment in Taiwan.