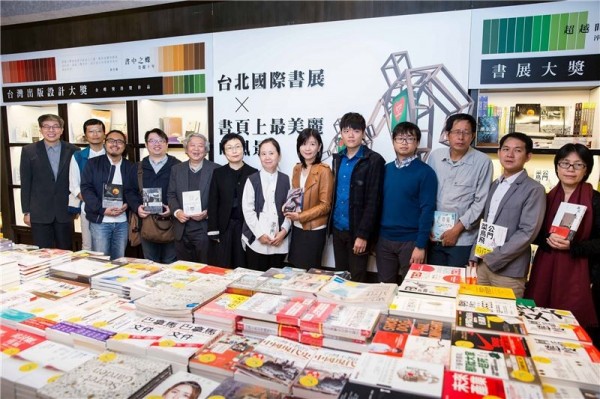 The Ministry of Culture has announced on Jan. 10 the winning works of the 2017 TIBE Book Prize for fiction and non-fiction categories, as well as the winning teams of this year's newly launched Editing Award.

This edition received a total of 95 submissions for fiction and 301 for non-fiction categories, with ten being selected from each category following two stages of review. In the final stage, three winning works were selected for each category.

To encourage the driving editorial force behind the publication scene, the Editing Award was launched this year for two categories - original books from Taiwan and translated books.

The new award received a total of 157 submissions in two categories. Five teams from each category passed the first stage of review, and one winning editorial team was selected for each category.

In addition to Taiwan writers, this year's TIBE Book Prize winners include those from Hong Kong and Malaysia. Chinese-language fiction addresses a diverse range of subject matter that is more creative than ever. Non-fiction is also taking more materials from a wider spectrum of daily life, including the stories of dock workers, low-ranking public officials, and even street cats.

In addition to awarding editors, the 2017 book fair will place a higher emphasis on editing by co-organizing the Frankfurt Publishers Training Program: Editing the Editor to enhance editing talent in Taiwan's publishing industry.

The awards ceremony will be held as part of the opening ceremony of the Taipei International Book Exhibition on Feb. 8. Each winner will receive a cash prize of NT$100,000 and a trophy.

The 20 books and 10 works by editorial teams shortlisted by the book prize will be displayed at the TIBE Book Prize pavilion. They will also be recommended to readers by being on display in special sections at Taipei Public Library branches, New Taipei City Library branches, and partner bookstores.