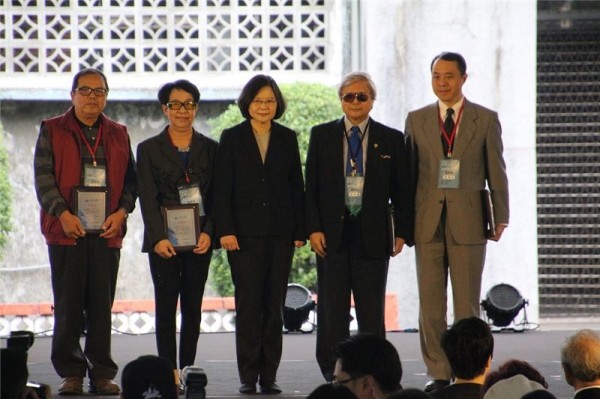 The Ministry of Culture has set up an advisory committee to guide the implementation of transitional justice in Taiwan. The draft Organizational Act of the National Human Rights Museum will be fast-tracked for deliberation by the Executive Yuan and the Legislative Yuan following the Executive Yuan's approval of a four-year plan on a NT$2.2-billion budget.

The Preparatory Office of the National Human Rights Museum will set up the collection, research, and exhibition of human rights archives, historical documents, and cultural relics pertaining to the period of post-war authoritarian rule on Taiwan. In addition to supervising the two memorial parks in New Taipei's Jingmei District and Taitung's Green Island, it will also promote human rights through education and assist in related international exchanges.

The Executive Yuan approved earlier this October a four-year mid-term plan put forth by the Preparatory Office, granting NT$2.2 billion to repair penal sites in Jingmei and Green Island, establish a headquarters for the museum, and review files from the Compensation Foundation for Wrongful Trials on Charges of Sedition and Espionage during the Martial Law Period. These dossiers will be made publicly available after careful redaction.

The Preparatory Office will also collaborate with the advisory committee in preparing permanent exhibitions at the two memorial parks in Jingmei and Green Island, connecting historic sites of negative world heritage to promote the universal values of tolerance and pursuit for peaceful coexistence.

Citing Germany's efforts to reconstruct historical data, Culture Minister Cheng Li-chiun, who toured the Stasi Museum during her recent visit to Berlin, noted that the work of transitional justice in Taiwan can no longer be postponed.

Through collating historic documents, establishing an application system for usage of such materials, understanding the methods of prosecution, and faithfully reconstructing history, the National Human Rights Museum shall fulfill its core mission - to move the nation towards reconciliation and pave the foundation for Taiwan's human rights education, she added.

The announcement was made following a White Terror memorial event at the Jingmei Human Rights Memorial and Cultural Park on Dec. 10, in which President Tsai Ing-wen commemorated Human Rights Day by issuing certificates to former political victims and their family members to clear their names and express gratitude for their donation of relevant manuscripts, relics, and documents.