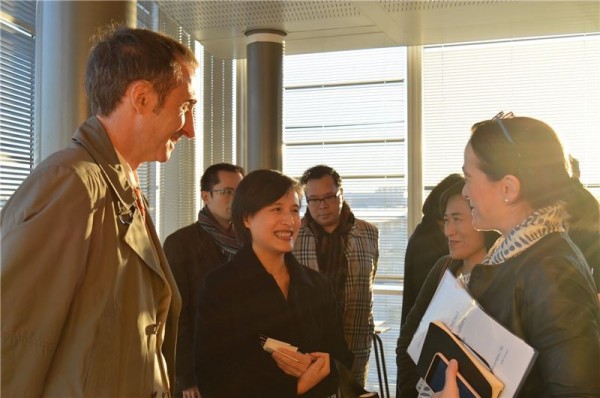 Minister Cheng met with France Televisions President Ernotte Cunci, who explained how the state-owned enterprise works and maintains its company size, noting that they offer a wide range of content over television channels France 2, France 3, France 4, France 5 and France O.

In addition, the company has expanded its scale this September by collaborating with Radio France, France Medias Monde, and the French National Audiovisual Institute to add a brand new non-stop news channel called France Info.

The company currently has about 10,000 employees, with half of them working in Paris. It is funded by revenue from broadcast receiving license fees (85%) and commercial advertising (15%). Ads are not allowed to be broadcast after 8pm based on the French law for public broadcasting.

These two sources of income enable France Televisions to produce quality shows such as documentaries that are exclusively broadcasted on the company's channels. Part of the funds is also used to help develop a better environment for the French television industry as a whole.

During the visit, Minister Cheng asked if television viewership has fallen following the rise of the internet. President Cunci responded that viewership has fallen while the average age of the remaining viewers climb. Those aged between 15 and 25 prefer to stream content on computers or mobile devices.

The company is tackling issues such as piracy and how to generate more revenue. Though the company maintains a certain percentage of income from copyright and royalties, television advertising is being replaced by internet giants such as Google and Facebook that dominate digital advertising.

Minister Cheng also expressed her hope for future Taiwan-France collaboration in television production, the exchange of high-quality documentaries, and joint development of new broadcasting technologies, as the PTS has recently started to make programs in 4K resolution. 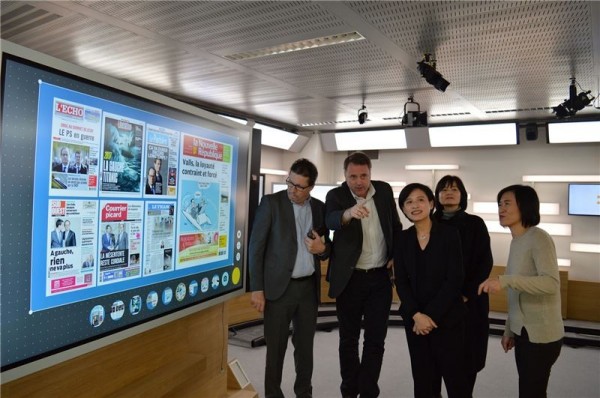