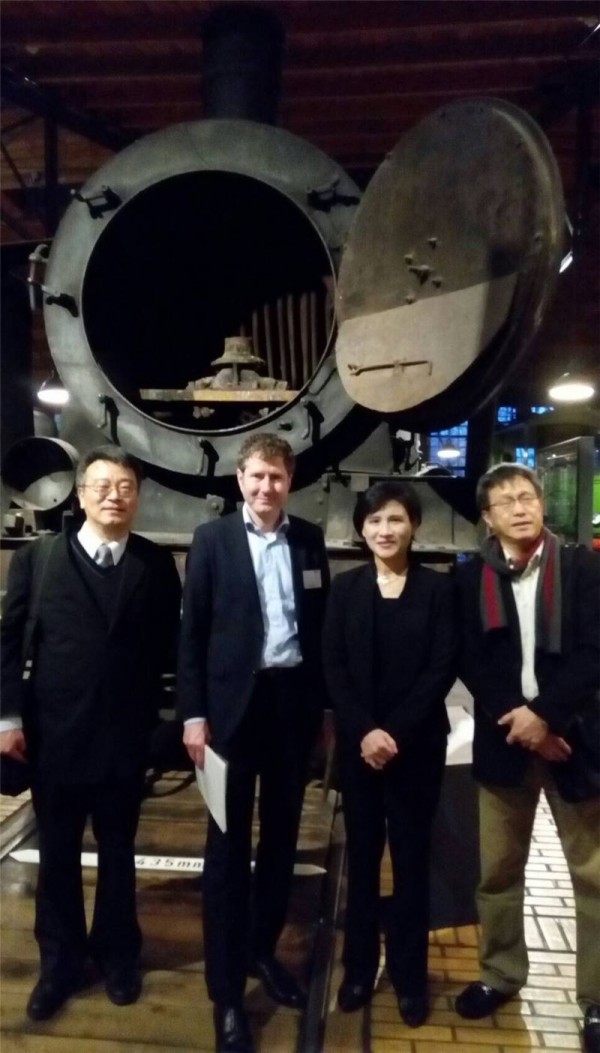 To learn from Germany's experiences in heritage preservation and the cultural applications of technology, Culture Minister Cheng Li-chiun (鄭麗君) made her second and third stop at DB Museum in Nuremberg and the Deutsches Technikmuseum (German Museum of Technology) in Berlin on Nov. 25 and 26 during her trip to Germany.

Operated by railway company Deutsche Bahn, DB Museum is the oldest German train museum. The museum houses an extensive collection of historic locomotives, each of which are systematically restored and preserved to present the railway history of Germany.

The tour was led by the Deputy Director Wolfgang Ihrlich of DB Museum, who explained how the museum restores, preserves, and manages such railway heritage. Meanwhile, volunteers at the museum also introduced Minister Cheng to locomotives of different eras during the tour.

As the Ministry of Culture is planning to turn the Taipei Railway Workshop from 1935 into a national railway museum to reflect the historical and technical significance of trains to the development of Taiwan, Minister Cheng hopes her visit could prompt further collaboration between the two nations.

An old photograph of "Teng-Yun (騰雲號),” the first steam locomotive in Taiwan, was given to DB Museum as a souvenir at the end of the trip. Housed by the National Taiwan Museum today, "Teng-Yun” was built by German manufacturer Lokomotivbau Hohenzollern in 1888.

The next day, Minister Cheng visited one of Europe's largest science and technology museums - the German Museum of Technology in Berlin. Located on the former site of Bahnbetriebswerk (locomotive depot) belonging to the Anhalter Bahnhof train station, the museum preserves a large collection of transport vehicles as well as two rail tracks.

During the tour, Minister Cheng was showed old photographs offering insight on how the museum integrated historical sites with new buildings. She also shared Taiwan's experience of protecting roundhouses with the Heritage Preservation Act upon seeing how the Ringlokschuppen, German's roundhouse for storing locomotives, was made part of the museum exhibit.

To connect Taiwan's upcoming railway museum to the international community, Minister Cheng expressed to both museums her hopes of building partnerships and establishing a long-term exchange program to share experiences and resources on the incredible railway heritage around the world. 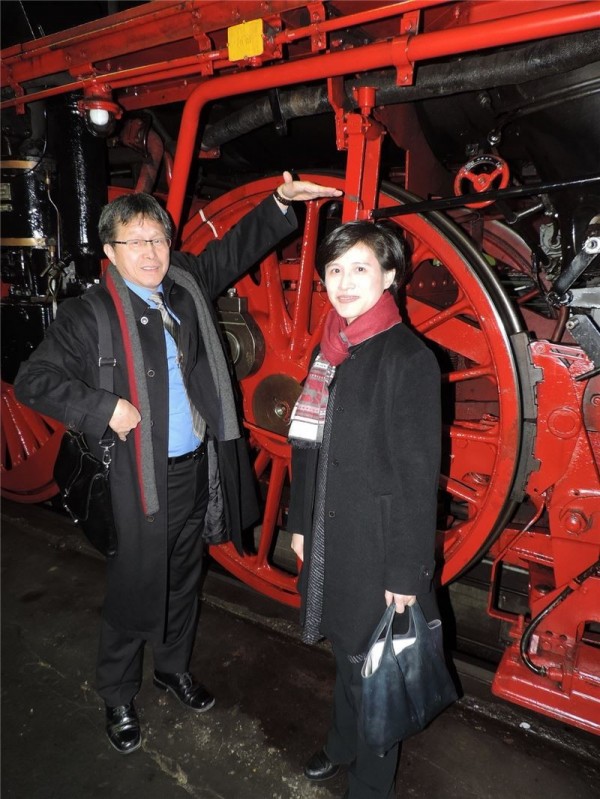 Minister Cheng Li chiun (right) expressed her admiration of how the German museums combined culture and science in their interpretation of railway history. 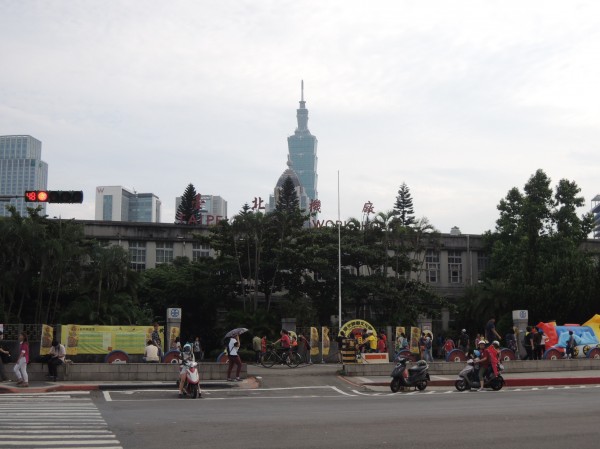 The Taipei Railway Workshop handled repairs and modifications from 1935 to 2012. It was designated as a cultural site in 2015 and plans are underway for its reopening as a national museum on Taiwanese railway history.