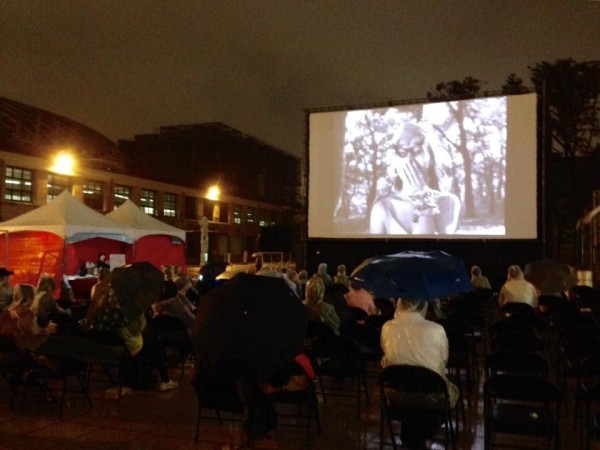 As the closing event of "The 60th Anniversary of Taiwanese-Language Films” series, several historic films that were restored this year were reintroduced to the public, including "Legend of the Mountain (山中傳奇)” by King Hu (胡金銓) and "Goodbye, Taipei (再見台北).” The latter film also features iconic Taiwanese-language musician Wen Hsia (文夏).

"Lotus in Fall (秋蓮)” directed by Lai Cheng-ying (賴成英), which marked the late singer Fong Fei-fei's (鳳飛飛) second cinematic appearance, as well as "Brother Liu and Brother Wang on the Roads in Taiwan (王哥柳哥遊台灣)” by Li Hsing (李行), best known as the Father of Taiwanese Cinema, were also restored this year.

Another highlight of the night was the screening of "The Fantasy of Deer Warrior (大俠梅花鹿).” As the first Taiwanese-language film adapted from a fairytale, the 1961 film presents cultural elements unique to Taiwan cinema and helped raise awareness of the need for film preservation. Culture Deputy Minister Celest Hsiao-ching Ting (丁曉菁, center) gave certificates of appreciation to those who supported and helped the restoration program, and called upon all sectors to participate in preserving the nation's invaluable audiovisual assets.