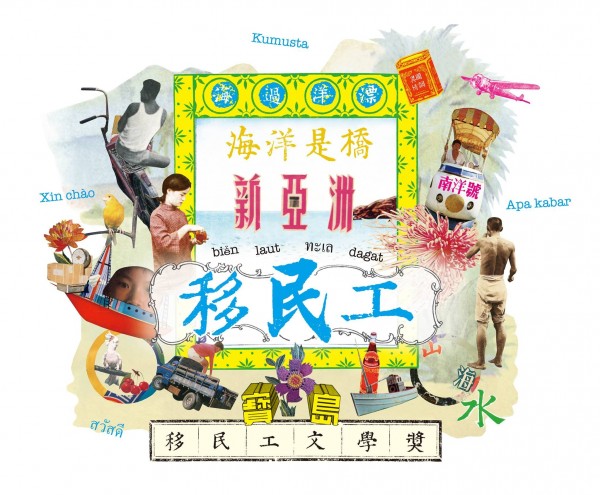 The 3rd Taiwan Literature Awards for Migrants ceremony was held on Sept. 4 at the National Taiwan Museum to honor seven migrant workers and new immigrants from Southeast Asia.

A total of 207 entries vied for eight awards this year, including 128 Indonesian entries, 58 Vietnamese entries, 17 Tagalog entries, and 14 Thai entries. The winners were selected based on two panel reviews - a Southeast Asian panel fluent in the featured languages and a Taiwanese panel that read translations of the submissions.

Indonesian worker and writer Justto Lasoo, who goes by the Mandarin name Wang Lei (王磊), won the First Prize and the Teen Choice Award. His winning piece, "Song of the Waves (海浪之歌),” delves into the life of a migrant worker upon a fishing vessel, interactions with his employer, and reflections upon the relationship with his deceased father. Lasoo also profiles the situation faced by Indonesian workers in Taiwan's fishing industry.

Abdul Mubarok, winner of the Jury Award, took inspiration from the Javanese song "Lir Ilir” and channeled sentiments for his mother into writing. Vietnamese inmate Tao Hsiao-mei (陶小媚), winner of the Choice Award, shared her journey for redemption as she serves a lifelong sentence for arson and manslaughter.

The seven winning submissions will be published in a collection titled "Navigation: Breaking Waves, Freedom in the Headwind” in mid-September. The anthology will also contain several pieces by members of the junior panel who belong to a creative collective formed by children of immigrant parents.

With the help of the Ministry of Justice's Agency of Corrections and the Taiwan International Workers' Association (TIWA), an unprecedented 34 entries were submitted by incarcerated inmates this year. The awards organizers are currently fundraising to publish all 34 entries in a collection called "Shackles: Souls cannot be Caged, There is Light in the Darkness.”

The Taiwan Literature Awards for Migrants will continue encouraging migrant workers and immigrants from Southeast Asia to express themselves, realize themselves, and speak out for public justice through the creation of writing. This year's winning entries can be read online at http://tlam.sea.taipei/2016/07/25/winner/.