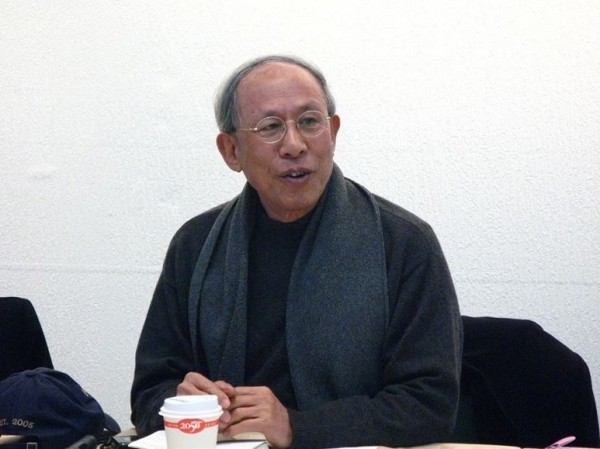 Wang Tuoh (王拓), a renowned Taiwanese writer and a prosecuted victim of the 1979 Formosa Incident, passed away at the age of 72 on Aug. 9.

As a writer, he was recognized for the strong moral and ethical component in his stories. This theme manifests in "Auntie Jinshui (金水嬸),” a 1976 novella delineating the ceaseless trials in the life of the eponymous character and her fall from grace due to debt incurred by her six insolent sons. The hardworking, kindhearted street peddler from Keelung has also been immortalized by a movie in 1987.

"Auntie Jinshui” included, several of his stories are based in Badouzih, an insular coastal settlement in Keelung where the writer spent his childhood. His modest upbringing connected him with Taiwanese nativist literature, in which Wang became an authoritative figure for his realistic portrayal of local fishing villages.

Badouzih also served as the setting for "The Story of Cowbelly Harbor (牛肚港的故事),” a novel that he wrote during imprisonment from 1980 and 1984. His four-year sentence stemmed from his involvement in the Formosa Incident, in which pro-democracy demonstrators were arrested under martial law.

Upon his release from jail, Wang went on to serve as editor-in-chief of Wenji magazine (文季雜誌), chairman of Renjian magazine (人間雜誌), member of the Legislative Yuan (1996 - 2008), and head of the Council for Cultural Affairs (2008).

Following his death from heart complications on Aug. 9, Culture Minister Cheng Li-chiun (鄭麗君) will apply for a posthumous presidential citation, noting that "his death represents a great loss for Taiwanese society.”