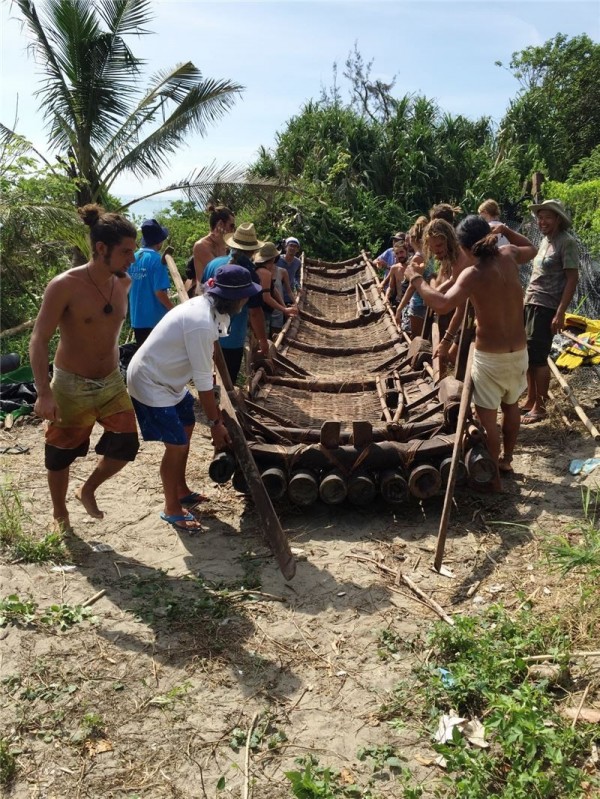 A Japanese scholar researching the early migration routes to the Okinawa Islands will test his theory by launching a bamboo raft off the coast of eastern Taiwan.

Yousuke Kaifu (海部陽介), an anthropologist with Japan's National Museum of Nature and Science, explained that there are three popular migration models for how ancient Japan became populated, and that he came to Taitung County to prove the feasibility of the third model - rafting from Taiwan proper to the Ryukyu Islands during the late Paleolithic Period.

Taitung's Changbin Township was where a prehistoric human settlement thrived about 30,000 years ago. Excavations have turned up mainly flint tools, but evidence has yet to be found connecting the Changbin Culture with the early Ryukyu settlers.

To test his theory, the Japanese anthropologist is working with the National Museum of Prehistory, which is providing collaborative researchers, and Amis driftwood sculptor Labis (拉畢斯‧拉外), who made the 800kg bamboo raft for the intended journey.

The raft, which will be steered with paddles brought from Japan, will head for Yonaniguni, the westernmost inhabited island in Okinawa Prefecture that sits some 110 kilometers east of Taiwan. Paddlers will have to contend with the strong Kuroshio Current.

The two other popular migration routes propose that early Japanese settlers came via eastern Siberia and settled in Hokkaido, or traveled from the Korean Peninsula to Kyushu and Honshu.