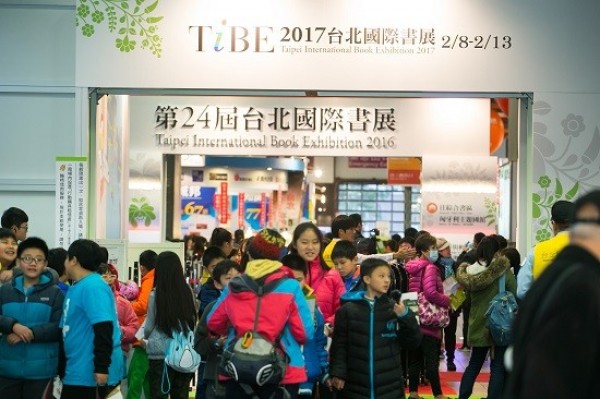 The 2017 Taipei International Book Exhibition (TIBE), which is now accepting applicants for next February, will implement five major policy changes to offer a better and more wholesome environment for both vendors and visitors.

With the aid of the Bureau of Foreign Trade, the Ministry of Culture has secured a sizeable concession in the rent of Taipei World Trade Center Exhibition Hall 1, where the book expo has been traditionally held at for years.

This concession translates to a reduction of 70 to 79% off the standard booth rental fee, thereby significantly lowering the cost of participation for foreign and local publishers.

To make the fair more accessible, the 2017 TIBE will be held during winter break in line with the academic schedule so more students can attend. The opening day of the expo has traditionally been reserved for professional participants, but in the upcoming edition, the TIBE will open its doors to regular ticketholders after 3pm on the first day. Moreover, daily opening hours have been extended to 9pm to accommodate different work schedules.

The 2017 TIBE will launch a Best Booth Design Award to encourage vendors to integrate their publishing features with booth design, which in turn will elevate the quality of the overall exhibition space.

The exhibition areas will also be rearranged and categorized based on the publisher's distinctions. For instance, publications by NGO groups, independent publishers, and independent bookstores will be included in the newly added Civil Society Section. Micro Collections, another newly added section, will feature micro-publishing houses.

To broaden the scope of the expo, the TIBE organizers will work with independent bookstores, schools, cultural venues, and museums in holding reading activities.

Small-scale book fairs and forums will also be held during the expo's timeframe by the Ministry of Culture's overseas branches to promote Taiwan's publishing culture, translations and publications, and writers to foreign readers.

To highlight the importance of editing in the publishing industry, an editing forum and an Editor of the Year Award will be offered at the 2017 TIBE. Professional forums will also be held to share successful cases of audiovisual adaptions of foreign and local literary works, cross-sector collaborations, and copyright sales.

The 25th TIBE will be held at Exhibition Hall 1 and 3 of the Taipei World Trade Center from Feb. 8 through 13, 2017. The open call for prospective vendors will end by Aug. 15, 2016. Log onto www.tibe.org.tw for more information.