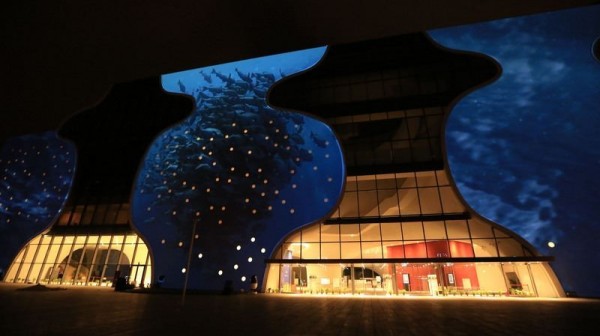 The National Taichung Theater, which took more than a decade to construct, will have its soft opening from Aug. 29 through Sept. 29, which will be followed by the grand opening on Sept. 30.

The future operation and management of the theater will be based on the Act for the Establishment of National Performing Arts Center, in which the Center will supervise three venues — the National Theater and Concert Hall in northern Taiwan, the National Taichung Theater in central Taiwan, and the Wei-Wu-Ying Center for the Arts in southern Taiwan.

A National Taichung Theater Planning Office has also been established by the Ministry of Culture to inspect the final phase of construction and plan for the opening of the theater.

Culture Minister Cheng Li-chun (鄭麗君) noted that to make the National Taichung Theater the cornerstone of arts development in central Taiwan, the Ministry of Culture will plan a series of events to call attention to the local vibrant art scene and deepen cultural exchanges between Taichung and the international community.

In addition, a Taichung City Resident Card will be launched to encourage members of the community to attend programs held in the theater.

The card will be available starting on July 26, and applications can be submitted online or at the venue. Please visit www.npac-ntt.org for more information.

The National Taichung Theater, which was designed by Japanese architect Toyo Ito, opened some of its facilities to the public last year. Learn more about the world-class performance venue in the video provided below: