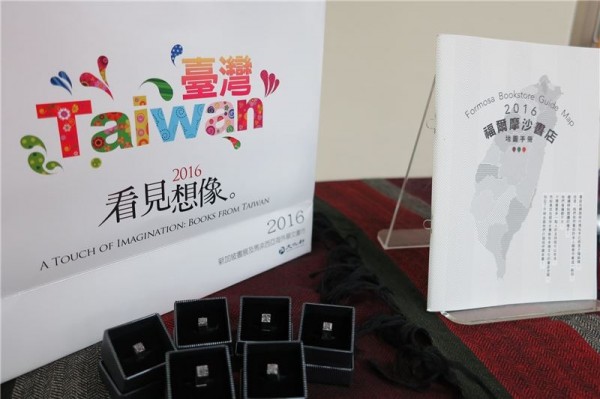 BookFest Malaysia, scheduled for July 2 through 10, is the largest literary trade fair in Southeast Asia. Among those being invited to participate in the book fair are four Taiwan-based writers of different styles, including writer and media professional Tsai, whose style of writing is gentle and rational; ecologist and novelist Wu, who has won a number of major international prizes; and illustrator Chen, who was a finalist at the 2011 Bologna Illustrators Exhibition.

Tzu-I Chuang Mullinux (莊祖宜), who is known as an "anthropologist in the kitchen,” was unable to attend the June 28 press conference but will be part of the Taiwan delegation to BookFest Malaysia. The four literary figures hope to network with writers around the world using Taiwan's original illustrations, traditional Chinese characters, a splendid array of cuisines and dietary consciousness, and ecological awareness.

A rather high portion of Southeast Asian readers read in English, which is why translated Taiwanese literary works have enjoyed surging popularity there in recent years, Wu said. He added that Taiwan should devote more resources to the translation of Taiwan publications in the future, which will help expand its market share in Southeast Asia.

To tap into the trend of digitization, the Ministry of Culture will set up a digital reading section at the Taiwan Pavilion, screen audiovisual works and TV dramas adapted from literature, hold a Taiwan Literature Festival, and organize a number of lectures and forums for Malaysian participants to learn more about literature from Taiwan.

During BookFest Malaysia 2016, the Ministry will also present publications recognized by the Golden Tripod Awards and Golden Comic Awards to Sultan Idris Education University, one of the oldest institutions of higher learning in Perak, to promote deeper understanding between Taiwan and Malaysia.

In addition, the Ministry will hold copyright seminar in the hopes of fostering more cooperative opportunities for introducing quality Taiwanese publications and traditional Chinese characters to Malaysia's publishing industry. 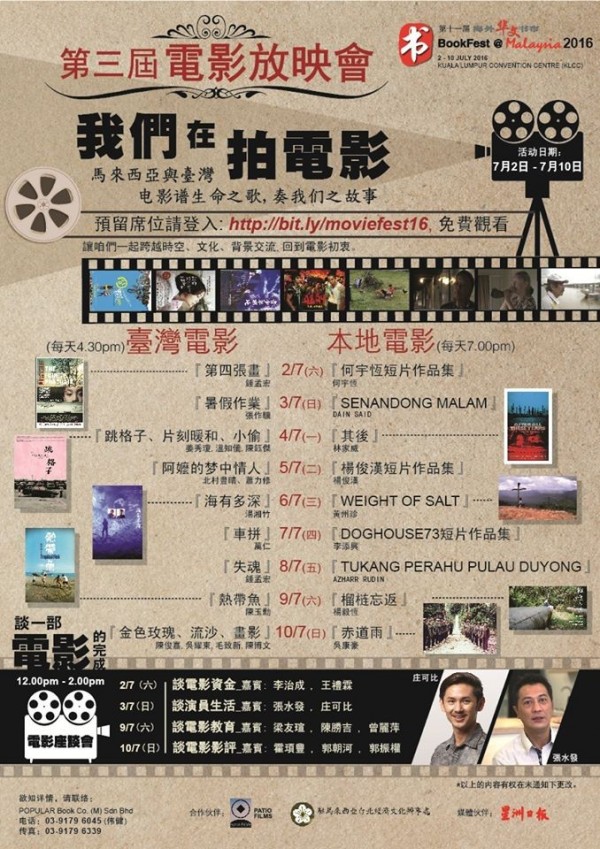 Audiovisual works and TV dramas adapted from literature will be screened from July 2 through 7 at the Taiwan Pavilion. 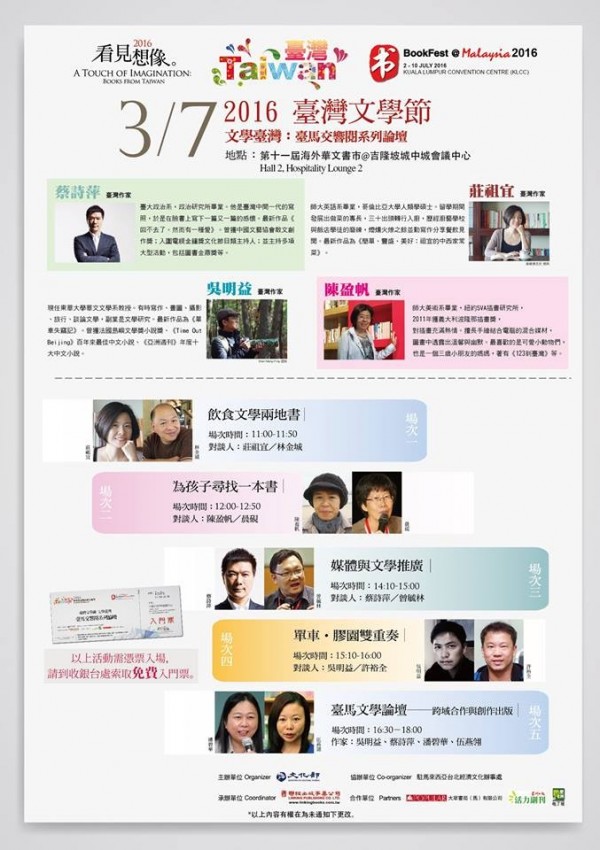 Dialogue and exchanges between Malaysian scholars and Taiwan writers will take place on July 3.