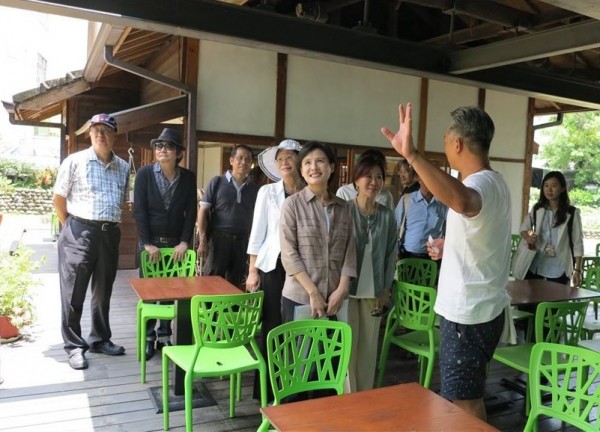 The cultural assets she visited included the Jianguo Village One (建國一村) and Jianguo Village Two (建國二村), as well as the Huwei branches of Radio Taiwan International (中央廣播電臺虎尾分臺) and the Taiwan Sugar Corporation (虎尾糖廠).

The two Jianguo villages, which are currently under the governance of the Ministry of National Defense, were built in 1939 as air force bases during the Japanese colonial period. Later in 1943, the villages were renovated as accommodation for Nationalist soldiers and their families. However, residents have moved out in recent years due to the ongoing conversion project of old military dependents' villages across the nation.

In 2015, the Yunlin County Government designated the villages as a cultural site and began a village preservation and development project based on the historical data gathered in 2006 with the Ministry of Culture's support.

In the future, the Ministry of Culture will also assist the Yunlin County Government and the Ministry of National Defense in managing and reviving old communities, and preserving and recreating scenes from historic military dependents' villages.

The Huwei Branch of Radio Taiwan International was established with political cooperation between the Republic of China (Taiwan) and the United States in the 1960s. It was the only shortwave radio branch with a broadcast range that covered mainland China at that time. Operations of the radio branch were relocated in 2004 due to its location on the intended site for the Yunlin Station of High Speed Rail.

To preserve the old radio facilities, the Bureau of Cultural Heritage under the Ministry of Culture began to assist the Yunlin County Government in evaluating the site's value and carrying out preservation work in 2012. The radio branch was then registered as a cultural site by the Yunlin County Government, and has since undergone repair and reuse work for asset revitalization.

The Huwei Branch of Taiwan Sugar Corporation, which was established in 1907, once produced the most amount of sugar in Taiwan, making it the largest sugar factory in East Asia at that time and earning Huwei the name of "Sugar City.”

In addition to the Shanhua Branch of Taiwan Sugar, the Huwei Branch is the only sugar factory that is still running today in Taiwan. There are several cultural sites left by the Japanese authorities on the site, including an old clinic, a barber shop, accommodations for the factory chief, officers, and employees, Huwei Station, and entertainment facilities for factory workers.

However, since the Cultural Heritage Preservation Act allows limited financial aid for government-owned corporations, the Ministry of Culture will assist the Taiwan Sugar Corporation in affairs relating to subsidies and repairs once the preservation act is amended in the near future. 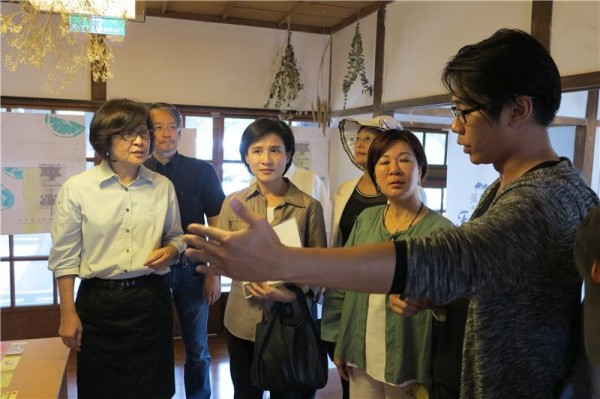 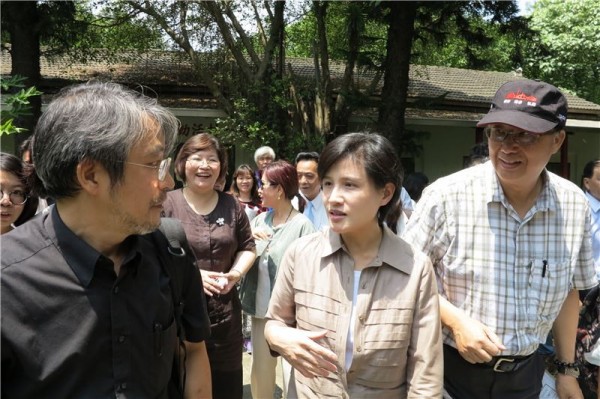 She was accompanied by Bureau of Cultural Heritage Director Shy Gwo-long (right).