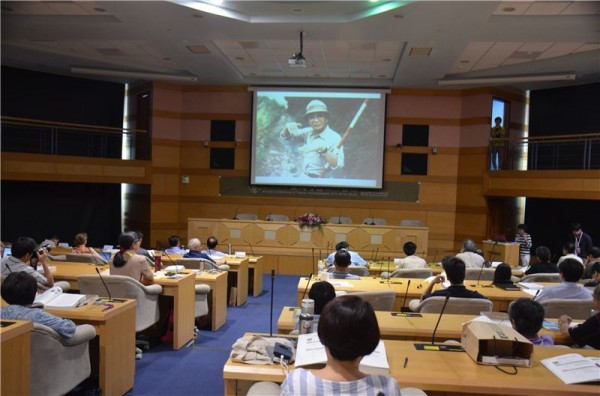 The National Museum of Prehistory held a memorial on June 4 to commemorate Sung Wen-hsun (宋文薰), a late archaeologist who played a vital role in its establishment.

Sung (1924 - 2016) was a fellow academician at Academia Sinica, a visiting scholar at Harvard University, and a published researcher. He worked at archaeological sites, university classrooms, and research offices.

Born in Japan-ruled Taiwan, Sung was fluent in Japanese, English, and Chinese, which enabled him to translate Japanese research papers for international submissions. For his contributions to academic exchanges between Japan and Taiwan, he was inducted into Japan's Order of the Rising Sun prior to his passing.

He is also credited with the preservation of the Beinan Archeological Site (卑南遺址), the largest prehistoric burial site with slate coffins in Southeast Asia, and the discovery of the late Stone Age Changbin Culture (長濱文化), the earliest prehistoric settlement in Taiwan to date.

Following the accidental unearthing of slate coffins at the Beinan site during railway construction, Sung persuaded the government of the need for a museum to protect the island's prehistoric heritage. The National Museum of Prehistory was established in 2002 to house the excavated sarcophagi, burial gifts, and jade jewelry.

More information on the decorated archaeologist can be found at the Cultural Features section.