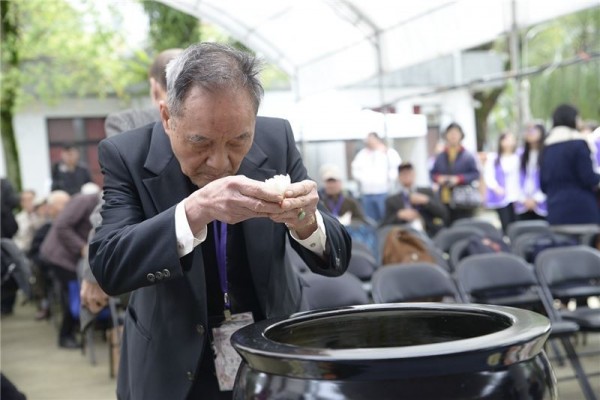 The Preparatory Office of the National Human Rights Museum held a memorial service in New Taipei on March 20 in honor of victims of the White Terror era, a time of political repression during which Taiwan was under martial law from 1949 to 1991.

On behalf of Culture Minister Hung Meng-chi (洪孟啟), Tsai offered his sincere condolences to each participant and paid homage to the deceased victims. Master Jing Yao also hoped that those who sacrificed their lives during the White Terror era have found peace while their family members can find solace through his prayers.

The Ministry of Culture has been working on restoring the historical truth of the once-taboo White Terror era, and one of the first steps taken was to increase the number of engravings from 7,628 to 7,975 victim names on the newly established human rights monument at the Jing-Mei Human Rights Memorial and Cultural Park.

More photos of the memorial service are available here.