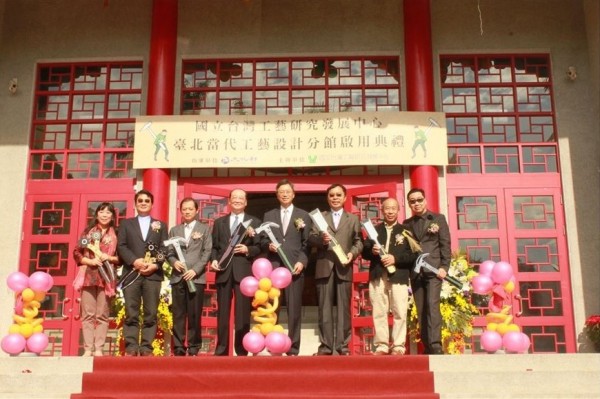 A renovated historic building with domes and eaves carved by hundreds of craftsmen has returned in all its splendor to serve the public in its new capacity as Taipei's premiere crafts center.

Encompassing four core prospects - craftsmanship, culturally creative goods, design, and culture - the NTCRI Taipei Branch will serve both as a seller and producer of crafts. Local handicraft manufacturers are welcomed to open shop at the renovated monument, and workshops will be stationed with young craft artists under a residency program.

The monument on Nanhai Road once housed the National Taiwan Science Education Center, an important subsidiary of the Ministry of Education that is tasked with promoting science education in Taiwan. After the science center relocated to its new location in Shilin District in 2003, the building received formal designation as a cultural monument.

Now as one of the four branch agencies of Taiwan's national crafts institute, the NTCRI Taipei Branch hopes to promote the beauty of Taiwan-made crafts through "enjoyment of crafts with eyes, ears, and heart.” Read more about the historic building and its contemporary aspirations here.