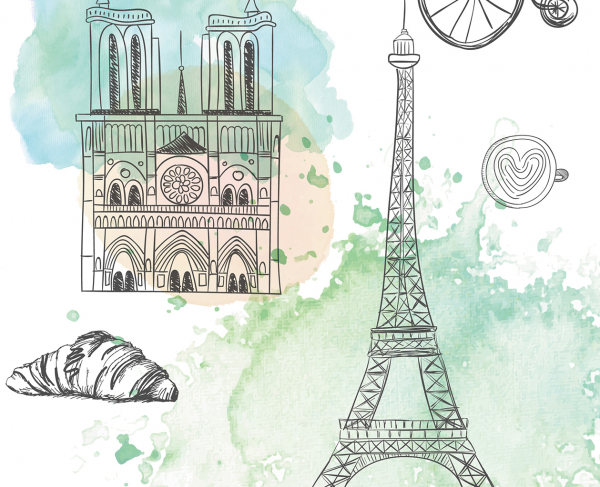 French academic Samia Ferhat and the European Union Centre at National Sun Yat-sen University in Kaohsiung have been named the laureates of the 20th Taiwan-France Cultural Award, an annual award jointly organized by the Ministry of Culture of the Republic of China (Taiwan) and the Academy of Moral and Political Sciences under the Institut de France, the highest academic body in France.

As a researcher at the French Center for Research on Contemporary China under the School for Advanced Studies in the Social Sciences (EHESS) and a professor at Paris West University Nanterre La Défense, Ferhat (傅敏雅) has focused on Taiwan studies for more than two decades.

She received her master's degree at the National Taiwan University's Graduate Institute of National Development with a dissertation titled "Taiwan's National Development” in 1994 and was awarded a doctorate by Université Paris-Sud in 1996 with her thesis titled "Opposition Movements in Taiwan (1949-1986): The Development Process of the Republic of China's Political Entity as Taiwan.”

"Taiwan elements” are key to her studies and teachings, and her outstanding research are shown in many international seminars on Taiwan studies, serving as important references for discussion.

Established in 2009 by the European Commission, the European Union Centre at the National Sun Yat-sen University (國立中山大學歐洲聯盟中心) focuses on Taiwan-Europe exchanges in the areas of culture, art, community service, education, and academic studies. It plays a key role in offering information from the member states of the European Union and fostering deeper understanding among the people of Taiwan and Europe.

Based in the southern metropolitan of Kaohsiung, the European Union Centre provides many opportunities not only to NSYSU students, but also to elementary and middle school students across southern Taiwan. In addition to recognizing the Centre's efforts in actively promoting cultural exchanges between Taiwan and Europe, the review committee confers the award in the hope that more organizations will be inspired to work on cooperative exchanges between Taiwan and Europe.

The Taiwan-France Cultural Award was established in 1996 to honor individuals and organizations for enhancing ties between Taiwan and France. It was later expanded to recognize a separate European winner for promoting interest and research on Taiwan.

Laureates of the Taiwan-France Cultural Award include the European Research Center on Contemporary Taiwan (ERCCT) at the University of Tuebingen in Germany, the Cannes-based music trade show MIDEM, and French sinologists Angel Pino and Isabelle Rabut.