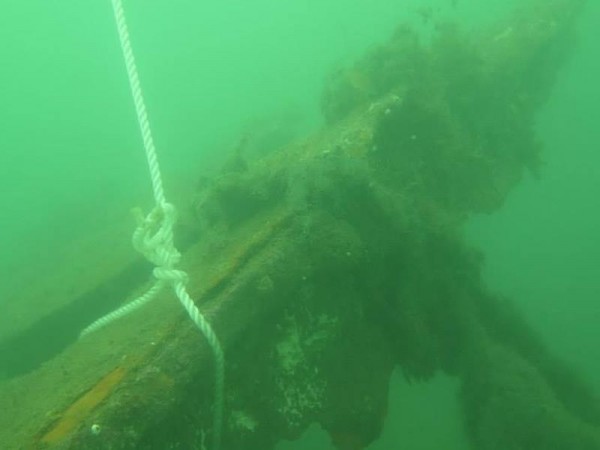 Following careful research from experts and scholars, the convening of 16 consultative meetings, and a number of inter-ministerial meetings and public hearings, the Ministry of Culture drafted the nation's first "Underwater Cultural Heritage Preservation Act” in 2014. Upon completion of its review, the Executive Yuan submitted the draft act to the Legislative Yuan for deliberation this August.

The version passed by the Education and Culture Committee on Nov. 9 has integrated feedback proposed by 28 Taiwanese legislators covering the preservation, management, and ownership of underwater cultural assets; the scope and rights to the nation's territorial waters; and penalties that can fine up to NT$10 million (approximately US$327,000) for violations.

The International Convention of the Protection of Underwater Cultural Heritage, first adopted by the United Nations Educational, Scientific, and Cultural Organization (UNESCO) in 2001, came formally into effect in January 2009, highlighting the importance of underwater preservation in the line of global heritage work.

Starting 2006, the Ministry of Culture began to task Academia Sinica with surveying the underwater cultural heritage in the waters surrounding Penghu County, Tainan County, the Dongsha Islands, Green Island, and Dongyin Island. As of June 2015, a total of 79 wreckage and historic sites have been identified by the Academia Sinica team, in which 15 were recognized as significant shipwrecks or suitable sites for excavation.

Four of those sites are now being monitored in accordance with the "Cultural Heritage Preservation Act” - a wreckage of a Qing dynasty wooden boat carrying a large amount of bricks, tiles, and Celadon; the British steamship "S.S. Bokhara” which ran aground and sank in a typhoon in 1892 when sailing from Shanghai to Hong Kong; cruiser "Guangbing (廣丙艦)” of the Guangdong Fleet which was incorporated into the Japanese fleet after the First Sino-Japanese War in 1895; and the Japanese cargo ship "Yamafuji Maru (山藤丸)” sunk by an American submarine during World War II.

Taiwan is surrounded by a treasure trove of seas, but at present there is no law to govern such underwater heritage, including legal prevention of foreign groups from salvaging such assets in Taiwan's territorial waters. The Ministry of Culture has proposed such a law to put Taiwan on the frontline of the global cultural movement and highlight the nation's determination to safeguard its underwater assets.

The draft "Underwater Cultural Heritage Preservation Act” must now successfully pass all three readings under the legislative procedure of the Legislative Yuan, before it can be sent to the president for promulgation.