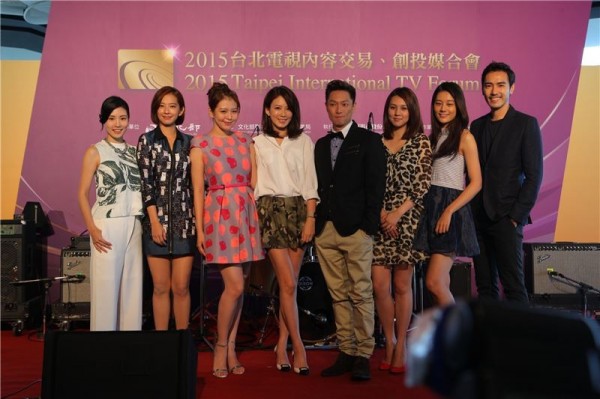 Delegates from 14 nations partook in the 2015 Taipei International TV Forum, the annual event for Taiwan TV copyright trading organized by the Bureau of Audiovisual and Music Industry Development (BAMID).

Held at the Taipei New Horizon building between Sept. 23 and 25, the 2015 Taipei International TV Forum, which was previously named Taipei TV Festival when it was first launched in 2004, has now been transformed into a trading platform for audiovisual content and a venture capital matchmaking event.

The forum has also embraced the participation of all domestic television, film, publishing, post-production, animation, and software industries. Among the participants were operators of 19 TV stations, and 25 production, distribution, and animation companies who submitted a total of 245 products for trading.

The Bureau also organized the International TV Industry Workshop and invited Antoine Nazaret, head of content at the internet video platform Dailymotion, to share his experience on "How to Turn Big Data from Video-Streaming Websites into Profit.”

In recent years, the international community has attached much importance to the Chinese-language film and television market, and growing demand can be seen at various international TV festivals around the world.