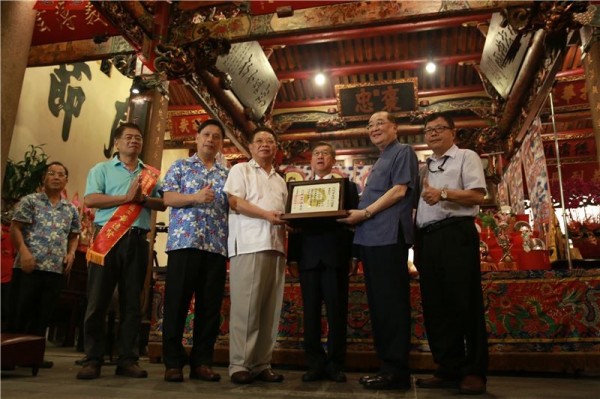 The Yimin (Hakka Braves) Festival at the Pavilion of Prized Loyalty (褒忠亭義民節祭典) has been designated by the Ministry of Culture as a national folk heritage. It is the first Hakka cultural asset to receive the honor.

Based in Hsinchu County, the Pavilion of Prized Loyalty, also known as Hakka Braves Temple, was established in 1790 as a religious center for northern Taiwan's Hakka community. The festival itself has been held for 180 years since 1835. As an important facet of Hakka heritage, it contains both "tangible” and "intangible” elements that reflect Taiwan's rich and diverse culture.

The festival has been alternatelysponsored by 15 unions that are composed of residents from Hsinchu County, Hsinchu City, and Taoyuan City. The 15 unions take turns serving as festival host and caregiver of the temple. In addition to Hsinchu, there are Hakka Braves Temple branches with a devoted following all over Taiwan, underscoring the unshakable status of the Hakka Braves faith.

The Hakka Braves faith originated from commemoration of those who sacrificed their lives to protect their villages in the early days of settlement. Their courageousness was attributed to the principal Hakka deity, Lord Yimin(義民爺), and they became collectively known as the "Hakka Braves.”

To show reverence to Lord Yimin and the Hakka Braves, ceremonies are held from July 18 through 20 of the Chinese lunar calendar every year. The traditions include rice offerings, Hungry Ghost Festival rituals, lantern releases on the river, and consumption of sweet porridge. It is the most representative faith that embodies the Hakka spirit and history.