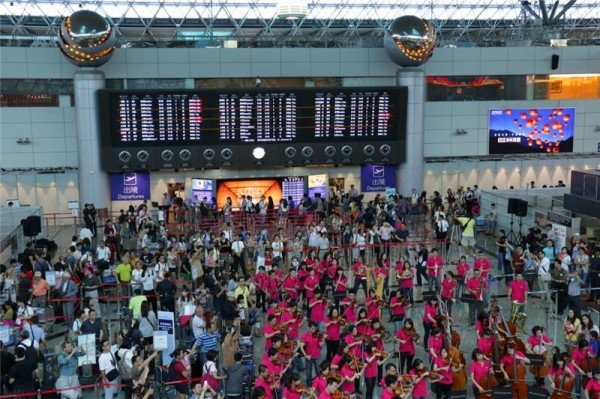 As part of the precursory celebrations of the National Taiwan Symphony Orchestra's 70th anniversary on Dec. 1, the ensemble performed a classical music flash mob at the departure lobby of the Taiwan Taoyuan International Airport on Aug. 23.

Founded in 1945, the NTSO is the oldest orchestra to date in Taiwan. It has been affiliated to the Ministry of Culture since 2012, and remains the Ministry's only music ensemble. Based in Wufeng District of Taichung City, NTSO has been promoting classical music in Taiwan for almost 7 decades.

"The Stranger and Her Wishes (異鄉人),” a song inspired by Taiwanese literature and composed by Pan Shyh-ji (潘世姬), will make its debut in the concert series. The repertoire will also cover classical masterpieces "High Way For One” by Romanian composer Adriana Hölszky, "Symphony No. 2 (Resurrection)” by Gustav Mahler, and Dmitri Shostakovich's "Symphony No. 5.”

In addition to the festive concert series that will kick off in September, an online music-streaming service — "Digital Concert Hall” — will be available starting from Sept. 1. A newly-curated museum featuring classical music and culture will open on Dec. 1 as well.

A total of 300 commemorative stamp sets will be given away upon purchase on certain terms and conditions. The free and exclusive stamps will be presented to those who purchase a minimal of 10 tickets of any festive concert, or the 2015/16 music season package plus separate tickets of 4 festive concerts. 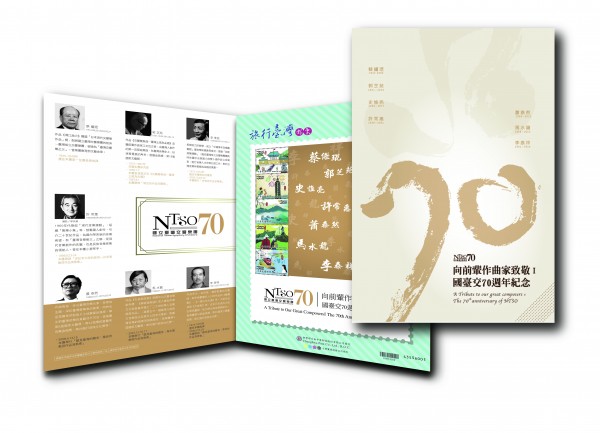