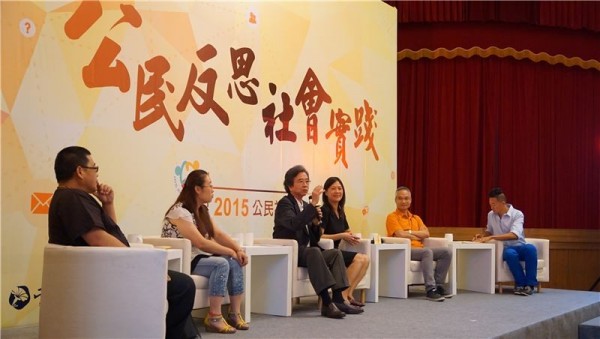 The 2015 Civil Society Forum held by the Ministry of Culture opened dialogues among participants from the U.S., Hong Kong, China, and Malaysia, bringing together 300 people on Aug. 22 to share civil society experiences and ideas in Taipei.

Deputy Minister of Culture George C. H. Hsu (許秋煌) noted that the Ministry has been building connections between the NGOs of Taiwan and those from other Asia-Pacific countries. Thanks to Taiwan's democracy and multicultural environment, civil society organizations have been thriving in terms of environmental preservation, volunteering, and community building over the years.

In the first part of the forum held at the Cardinal Tien Cultural Foundation (臺北耕莘文教院大會堂), the participants had a discussion on "Cultivating a Civil Society,” starting with researcher Hsiao Hsin-huang (蕭新煌) of Academia Sinica, who shared his observations on the development of Taiwan's third sector.

His ideas were followed by environmentalist Chu Hahn-chu (朱漢強) from Hong Kong, who proposed conserving energy use by switching off lights. The discussion was rounded up by Huang Rung-dun (黃榮墩), director of Hand-In-Hand Teen's Service Center, who explained appealing to public conscience as a way to empower remote communities.

The second part of the forum was led by Chu Shih-ying (褚士瑩), a NGO consultant who has volunteered around the world. Chu encouraged volunteers to help all vulnerable groups regardless of political, religious, and ethnic barriers. 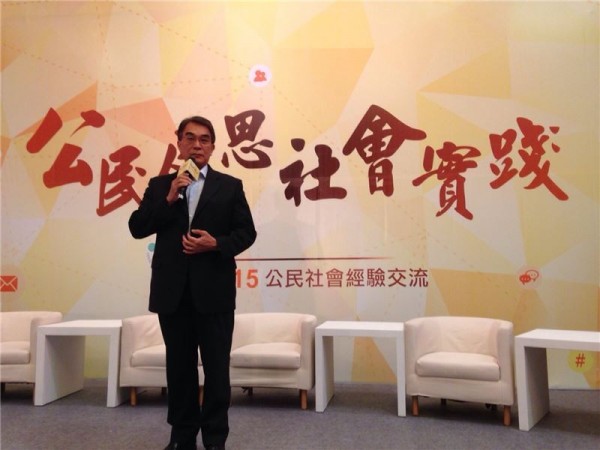