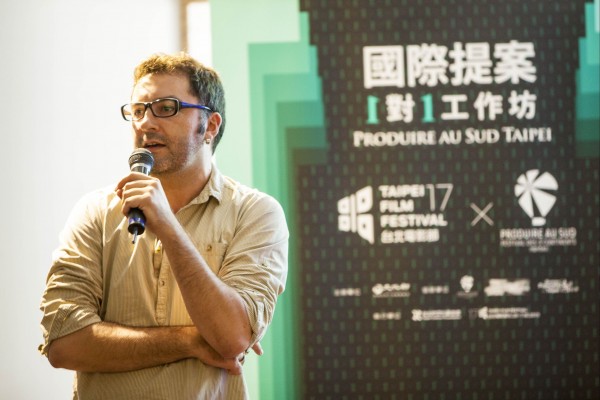 A French workshop offering one-to-one training sessions for Taiwanese filmmakers ran from July 28 through 31 as part of the Taipei International Film Festival (TIFF).

The six selected teams, which each consist of a director and a producer, presented a brief on their project on the first day. Following a team separation into script and filmmaking divisions, each individual received one-to-one consultations before delivering an English presentation on the last day.

The PAS workshop has worked with organizations from more than 14 countries since 2000, and 54 of the projects mentored by the program have finished filming so far. Previous participants include notable directors such as Lucrecia Martel, Pablo Fendrik, and Apichatpong Weerasethakul.

Working with Taiwan this time, the workshop brings extensive knowledge of filmmaking and encourages more communication between the film industries of Taiwan and France.

The Sand in Their Eyes (蜜糖比血甜)