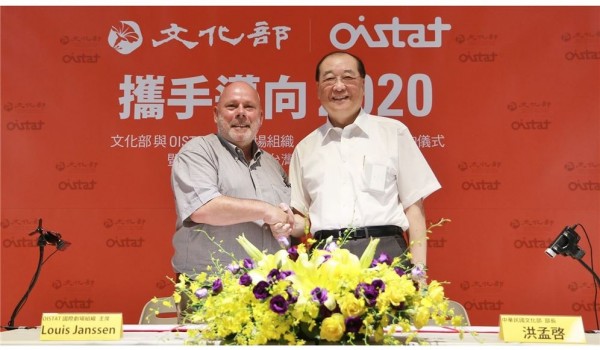 The International Organization of Scenographers, Theatre Architects and Technicians (OISTAT), a leading global network for theater professionals, has announced plans to maintain its headquarters in Taipei for another five years.

The OISTAT was founded in Czechoslovakia in 1968 by UNESCO's International Theatre Institute to promote international exchanges in drama and theater against the backdrop of the Cold War. The OISTAT's roving headquarters has since been based in Prague (1968-1993), Amsterdam (1993-2005), and Taipei (2006 - ).

The OISTAT first relocated to the Taiwanese capital in 2006 at the invitation of the Council for Cultural Affairs, the predecessor of the Ministry of Culture. It has since held regular workshops and forums while serving as the networking hub for its members from 53 nations.

"We greatly appreciate the wide network OISTAT has brought to our theater community, and we look forward to the next five years ― or even ten years ― of continuous collaboration with OISTAT,” Culture Minister Hung Meng-chi noted at the accord-signing ceremony on July 31.

"Ten very productive and inspiring years,” added Louis Janssen, president of the OISTAT. He cited Taiwan's theater-friendly environment, burgeoning cultural infrastructure, and support from the Ministry of Culture as the top contributing factors to the OISTAT's decision to extend its stay to 2020. 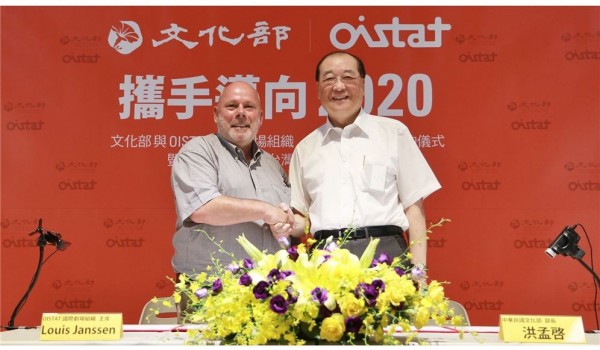 More than 70 prominent theater representatives from Taiwan attended the signing ceremony of a cooperative agreement between the OISTAT President Louis Janssen (left) and Culture Minister Hung Meng-chi in Taipei on July 31, 2015.