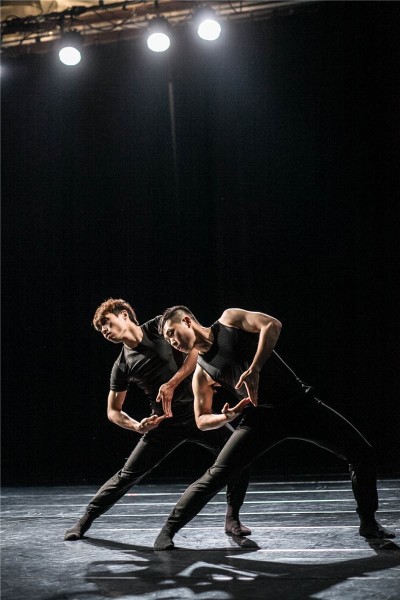 Taiwanese choreographer Po-cheng Tsai (蔡博丞) was awarded first place for contemporary choreography in the Spanish city of Burgos on July 24, beating out six other competitors to cinch the 7,000 euros cash prize.

The preliminary accepted entries were 12 from contemporary, 7 from hip-hop, 3 from vertical, and 4 from graffiti. Tsai stood out from the final pool of 6 to win first place in the contemporary category with "Hugin / Munin.”

Tsai's winning dance performance was lauded by Ana Cabo, former artistic director of the Madrid International Dance Competition, as the best performance she has seen in 14 years.

"Hugin / Munin” is inspired by the story of the two ravens that accompany Odin, a god from Norse mythology. Hugin represents "thought” while "Munin” represents "memory.” Tsai conceptualized the story and deftly integrated martial arts into the 10-minute contemporary dance, in which two dancers are transformed into semi-autonomous ravens.

"Hugin / Munin” has also been entered in other competitions based in Spain, Germany, and Denmark, and will be making appearances at the 8th Copenhagen International Choreography Competition on Aug. 7 and 8, and the Masadanza Contemporary Dance Festival of the Canary Islands from Oct. 21 to 24.