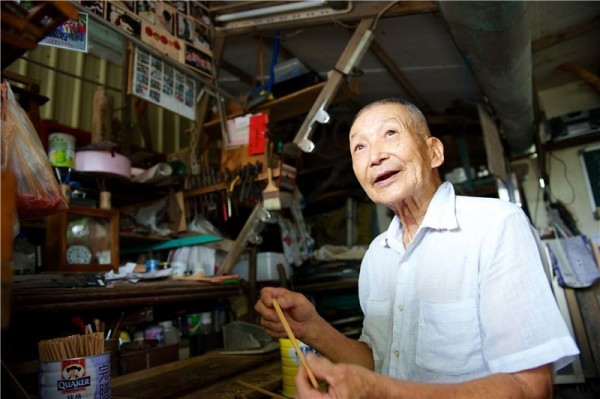 Carpentry master Liao Chih-te (廖枝德), who was revered as a "National Living Treasure” in Taiwan, passed away in Tainan on July 9. He was 86.

Liao, one of the last masters of traditional Taiwanese wood-frame construction, specialized in assembling houses and temples with timber and bamboo. Many of his buildings can still be seen in the Beishiliao (北勢寮) and Dongshan (東山) districts of Tainan.

Liao was a generous mentor who did not discriminate among his students and an industrious artist who found ways to reuse drift wood and old timber.

For his expertise in wood-frame structural carpentry (大木作), an ancient Chinese construction system that created efficient buildings with simple components, Liao was recognized as a national-level artisan with peerless skills last November.

His death by cardiopulmonary failure was mourned by Culture Minister Hung Meng-chi (洪孟啟), who tasked the Bureau of Cultural Heritage to preserve Liao's skill set. A book documenting his life story is also scheduled for release in 2016.

An ongoing exhibition featuring miniature models created by Liao is currently on display in Taichung. More information is available here.