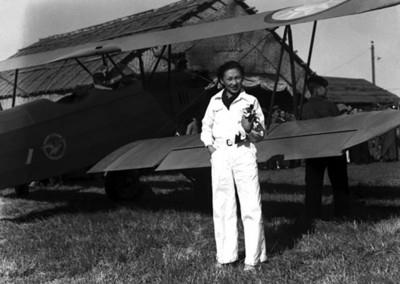 Events commemorating the 70th anniversary victory of the War of Resistance Against Japan and the late Taiwanese activist Chiang Wei-shui (蔣渭水, 1891-1931) kicked off on July 3 at the National Dr. Sun Yat-sen Memorial Hall.

The first photography exhibition focuses on life during the 1937-1945 Second Sino-Japanese War, while the second exhibition provides a retrospective view of Chiang's contributions to Taiwan during Japanese colonial rule.

Noting that "forgetting history could lead to the recurrence of the same mistakes,” President Ma stressed that commemorating the victory over Japan is to express the hope of avoiding further warfare and to pay tribute to the willpower and determination of the people who lived in that era.

He then presented a Republic of China flag to Chu Fu-kuei (朱復圭), son of the late heroine Yang Hui-min (楊惠敏, 1915-1992), to show gratitude and respect to citizen heroes and heroines in the war.

As a 22-year-old girl scout, Yang braved grave danger to deliver a R.O.C. flag to around 400 besieged soldiers who were holding out at the Sihang Warehouse (四行倉庫) during the Battle of Shanghai. Her heroism was later recorded for posterity and written into Taiwanese school textbooks.

The Battle of Shanghai, which erupted on Aug. 13, 1937, thwarted Japan's plans to seize China within three months through blitzkrieg tactics. Some 400 soldiers held out at the Sihang Warehouse for four days and nights in October that year, successfully allowing most other troops to retreat to the west and carry on the fight against the Japanese Imperial Army.

Many people doubt what the victory was for, since millions of Chinese soldiers sacrificed their lives in the eight-year conflict, Ma said. Yet, he pointed out, the victory not only stumped the spread of Japan's military domination over Asia, but also led to the retrocession of Taiwan, in which Chiang played a major role.

Visit the memorial hall in Taipei for a glimpse of wartime photography,which will be displayed until July 30,and the retrospective exhibition,which runs through Aug. 23. More information can be found on the Chinese-language event site: www.cna.com.tw/Project/104war/. 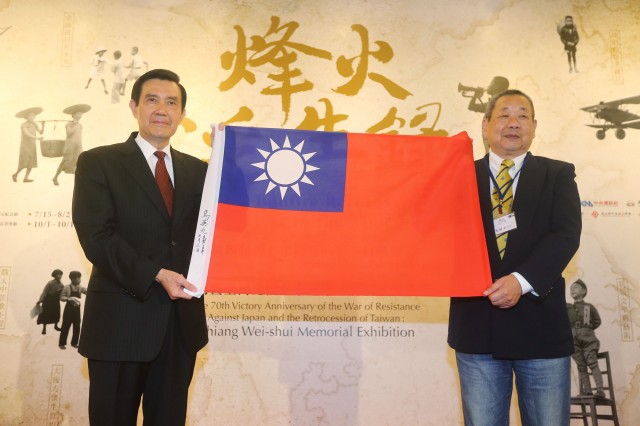 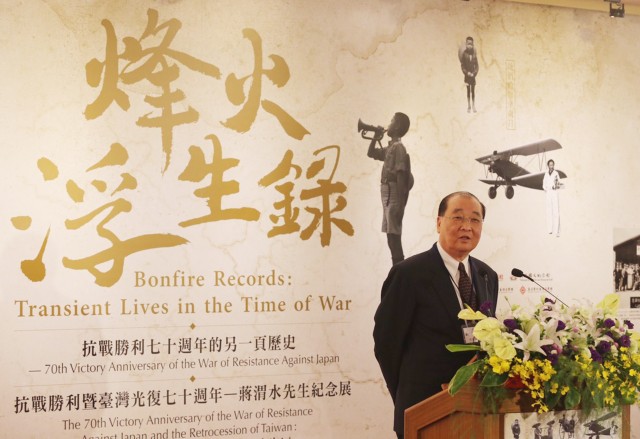