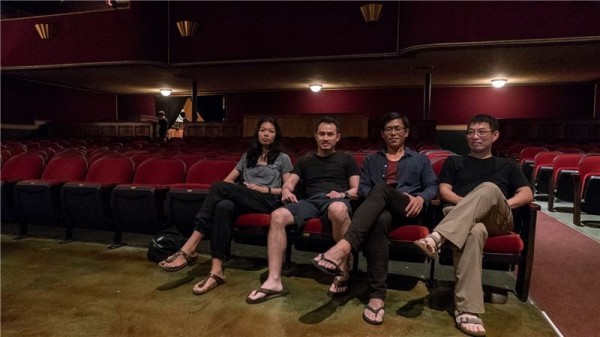 Experimental Film Virginia focuses on movement-inspired films made by dancers and filmmakers. The event is open to local and foreign artists and showcases innovative works featuring composers, dancers, film directors, and documentary makers. It aims to enrich the field of filmmaking by bringing together ideas and techniques from artists with different backgrounds.

The 4 Taiwanese artists will be part of a lineup of over 20 artists from around the world. The event kicked off with "Art in a Barn” by presenting live performances on July 5, followed by the "Dance Film Premiere” segment on July 11, which screened a series of films by international artists at the Historic Palace Theatre.

On July 17, a special screening will be held at the Agnes Varis Performing Arts Center in New York to introduce the newly completed films of the 2015 Experimental Film Virginia. These films will then embark on an international tour and travel to film festivals in Hong Kong and the Italian cities of Certosa and Turin.

Sponsored by the U.S. National Endowment for the Arts (NEA), Experimental Film Virginia offers a platform for dance and film artists from around the world. It also benefits the small town community of Cape Charles by combining art and tourism every July. In addition, artists who attend the event are encouraged to use local sources as their inspiration for further innovation in filmmaking. 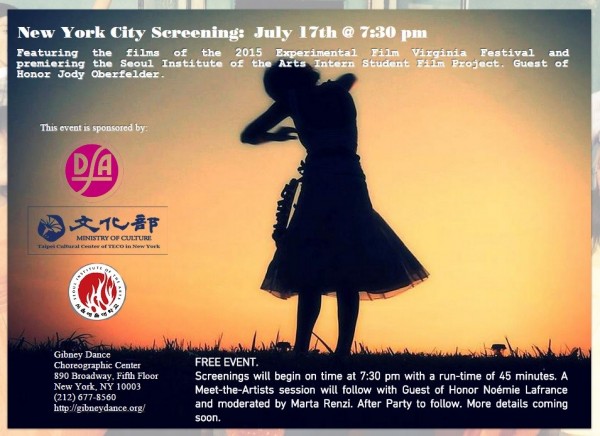