The shortlist of nominees and winners of the 26th Golden Melody Awards for Traditional Arts and Music were announced on July 2, with the anticipated Lifetime Contribution Awards going to Lin Min-shan (林敏三) and Chang Bi (張碧) for the records category, and Lu Fu-lu (呂福祿) for the performance category.

Lin and his wife Chang are the founders of Sunrise Records (上揚唱片), the first international record label in Taiwan. Through partnerships with global companies such as Columbia Records, Sunrise Records helped to make overseas music more available in Taiwan.

The Taipei-based records company also recorded and promoted many works by local musicians, including some of the best-known pieces by the late composer Ma Shui-long (馬水龍), such as "Bamboo Flute Concerto (梆笛協奏曲)” and "The Liao Tian-ding Orchestral Suite (廖添丁管絃樂組曲).”

Sunrise Records has also devoted considerable effort in bringing the music of younger generations to the public by providing a stage for classical, jazz, and pop musicians, and working with international labels to make traditional Taiwanese music available abroad.

Lu, winner of the performance category, is a veteran Taiwanese opera actor who is best known for playing antagonist roles. Over the past 60 years, he witnessed the transition of traditional Taiwanese opera from indoor showings to opening acts for medicine stands, and then reformatted to fit television, outdoors, and theater performances. He has also been active in collecting oral history and documents to preserve opera-related affairs in recent years.

The Golden Melody Awards for Traditional Arts and Music organized by the National Center of Traditional Arts received 142 submissions recommending 157 albums and 2,254 works this year. Moreover, in the hope of encouraging more talented musicians to participate, the awards are now open to foreign nationals as well.

An ovation for nominees will be held at 3:30pm on July 11 in New Taipei Horizon (臺北文創大樓) while the awards ceremony will be taking place at 7:00pm on Aug. 1 at Taipei Zhongshan Hall (中山堂). 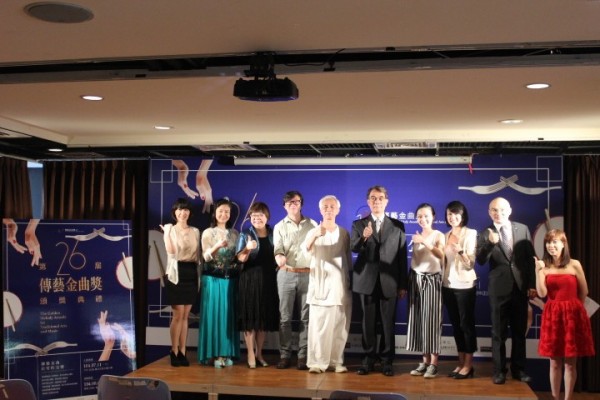