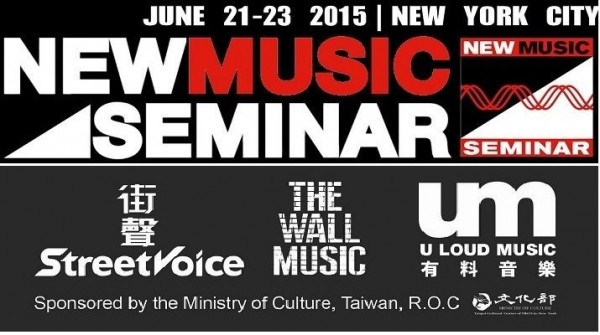 Established in the 1980s, the New Music Seminar is an annual music trade and conference similar to France's MIDEM. It brings together over 8,000 representatives and copyright brokers from roughly 35 nations each year and takes a special interest in promoting indie bands from around the world.

THE WALL, the operator of three eponymous live houses across Taiwan, has been a long-time host and collaborator of visiting international bands. Credited with reviving Taiwan's live house culture, THE WALL's reputation has warranted mentioned by media reports in the New York magazine and The New York Times.

Taglined "transforming the music business,” the 2015 New Music Seminar will take place from June 21 to 23 at the Wyndham New Yorker Hotel (481 8th Avenue New York). Find out more at http://newmusicseminar.com/.