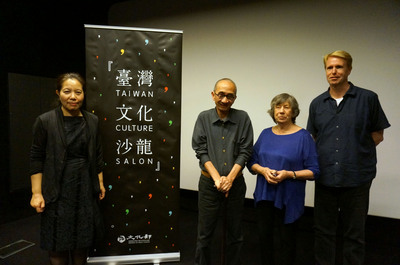 The two-day screenings at the University of London's Birkbeck Cinema were also attended by producer Liao Mei-li (廖美立) and director Chen Chuan-hsing (陳傳興), who shared their experiences in making "The Coming of Tulku (化城再來人)” and "Port of Mists (如霧起時).”

The two films are part of a documentary series called "The Inspired Island: Series of Eminent Writers from Taiwan (他們在島嶼寫作),”which explores the soulful creations of six literary icons.

Featuring creative interpretations of literary works by applying metaphors and symbolism to the film's visual language, Chen's works have been heaped with praises and words of appreciation from British critics.

Two renowned scholars — Laura Mulvery, professor of Film and Media Studies at the University of London, and Chris Berry, professor of Film Studies at King's College London — expressed their appreciation for the films. They indicated that such movies can arouse the curiosity of those who are not familiar with Asia's history and culture, and will encourage their desires to view other works in the series.