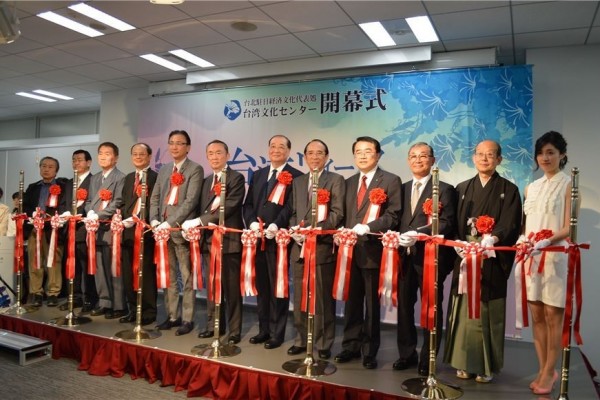 The Taiwan Cultural Center in Tokyo opened its new doors at an uptown section of Tokyo on June 12, marking its fifth-year anniversary of establishment in Japan and the start of the 2015 Taiwan Culture Week.

The Center was first inaugurated as the Taipei Cultural Center in 2010, and was operating through the Taipei Economic and Cultural Representative Office in Tokyo. Now relocated to a new site close by the Toranomon Hills skyscraper, the Center will function as a direct liaison between the Ministry of Culture and Japan's cultural authorities.

The new office space will also enable the Center to facilitate exchanges and deeper understandings between the two nations through exhibitions, film screenings, performances, literature readings, and more. To this end, the Center has organized the 2015 Taiwan Culture Week, timed to coincide with the opening ceremony and a visit by Culture Minister Hung Meng-chi (洪孟啟).

The Minister expressed his faith in the Center's capabilities to carry out its mission in promoting Taiwan, and noted that cultural exchanges go both ways. Citing Taiwanese director Hou Hsiao-hsien (侯孝賢) as an example, Hung pointed out how his latest Cannes-winning film, "The Assassin (聶隱娘),” was made with notable influences from Japanese director Akira Kurozawa's samurai films.