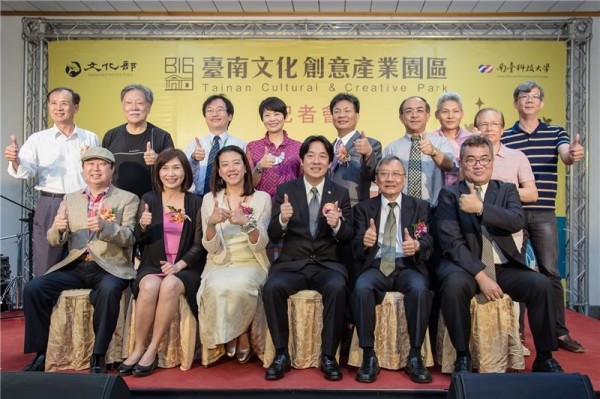 Deputy Minister of Culture Vicki Chiu (邱于芸), Mayor Lai Ching-te (賴清德) of Tainan City, and President Tai Chien (戴謙) of the Southern Taiwan University of Science and Technology (南臺科技大學) announced jointly at a June 9 press conference that the Tainan Cultural and Creative Park (臺南文創園區) will be formally open on June 12.

Deputy Minister Chiu stressed that although the Tainan Cultural and Creative Park is the smallest among the five national cultural parks of Taiwan, the park enjoys a good location at the center of Tainan close by the Tainan Railway Station. The park also reflects Tainan's rich and diverse cultural features, making the new venue an ideal hotbed for nurturing cultural professionals, she added.

The Ministry of Culture has tasked the Southern Taiwan University of Science and Technology to officially take charge of the operations and management of the park, and to focus on the needs of micro- and local creative enterprises by providing in-residence studios and co-working spaces.

The university will also make efficient use of its campus resources in consultation, matchmaking, and lectures to help integrate resources from the cultural and creative sector, government agencies, academic institutes, and local communities. The park is seen as the key to the cultivation of talent and the promotion of cultural equality in southern Taiwan.

Deputy Minister Chiu expressed her gratitude to Tainan Mayor Lai and legislators for their strong support, and thanked the Ministry of Transportation and Communications and Taiwan Railways Administration for resolving the park's parking woes.

Several culturally creative enterprises are already stationed in the park, and a series of activities encompassing exhibitions, a creative market, seminars, and concerts will kick off on June 12. Public artworks will soon be introduced to the open-air space of the park as well. 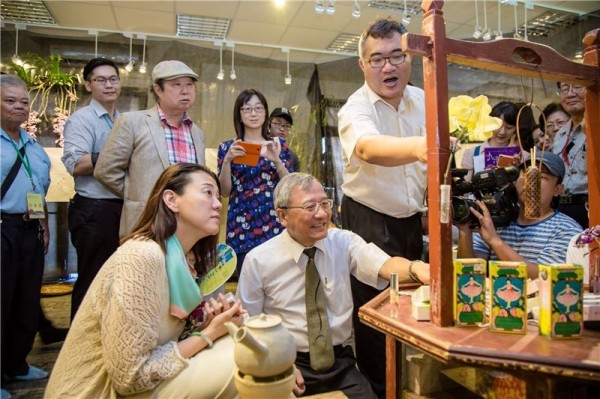