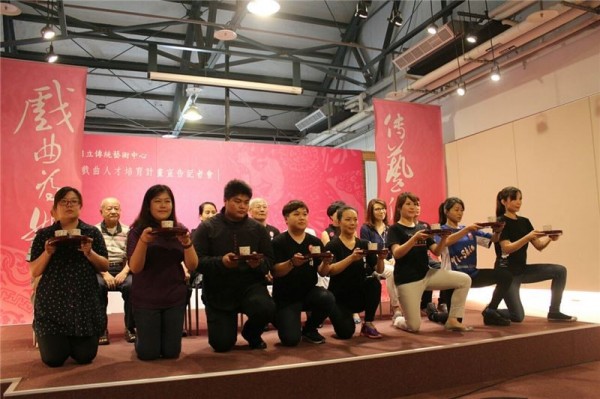 Seven opera troupes and 14 opera class graduates brought together by a matchmaking program held by the National Center for Traditional Arts were introduced to the public on June 8. The graduates were also commended for their diligent studying and practicing over the past 12 years.

The Center has initiated and expanded a series of training and matchmaking programs for opera students in recent years. Based on the concept of learning through performance, the 2013 program for cultivating young Taiwanese opera professionals enabled students to perform as resident artists at the Center's Yilan headquarters for 10 months.

Then in 2014, the Center cooperated with the Youth Taiwanese Opera Troupe under the Taipei City Government, expanding the program to include backstage music training and behind-the-scene work. More than 1,000 performances were given in the past two years, enabling the students to refine their skills and aggregate performance experience on a real stage.

As the program entered its third year, it held an open call and successfully matched 8 new opera performers with internship programs from four professional opera troupes. This stage of the program has achieved the Center's objectives in securing a professional future for opera class graduates.

As for nurturing a new generation of backstage musicians, the Center also matched four opera troupes with 6 new musicians so that the latter could obtain actual performance experience, refine their instrument-playing skills, and broaden their knowledge on opera and market demand.

Moreover, given the lack of professional associations or trade unions for Taiwanese opera musicians, the Center has invited several veteran opera musicians to jointly plan for a Taiwan Opera Music Association (社團法人臺灣戲曲音樂協會).

Such a professional platform spearheaded by the private sector can help to consolidate resources from individuals, businesses, and government agencies in promoting the development of opera music, and assist the Center in organizing activities and programs, exhibitions and performances, seminars, exchanges, training and preservation of skills, and in keeping records.

The main organizer of the association, senior Taiwanese opera musician Ke Ming-fong (柯銘峰), said relevant materials have been collected and the application will be soon submitted to the Ministry of the Interior. He expects the Taiwan Opera Music Association to be officially established by this September.

The Center will also utilize its headquarters in Yilan, the Taiwan Xiqu Center in Taipei, and the Bangzi Opera Park in Kaohsiung — the latter two are slated for opening in 2016 — to ensure the inheritance of Taiwanese opera. 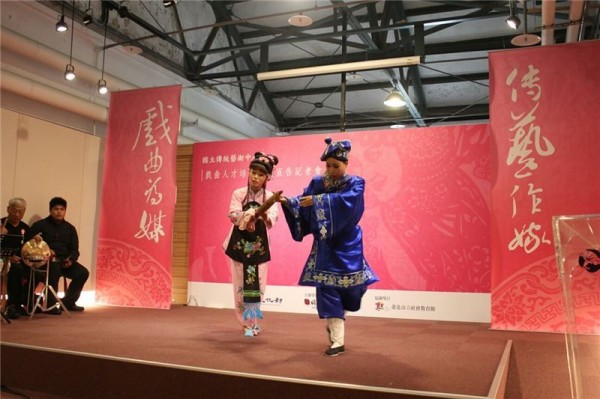