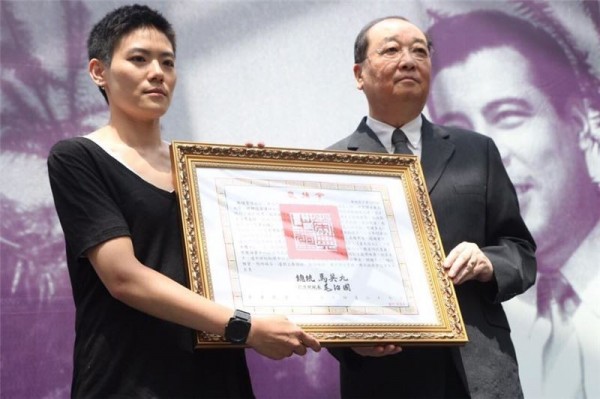 In recognition of his contributions to Taiwanese cinema and performing arts, a presidential citation has been awarded posthumously to late film director and actor George Wang (王玨) at a memorial service on June 5.

On behalf of President Ma Ying-jeou (馬英九), Culture Minister Hung Meng-chi (洪孟啟) bestowed the citation to Wang's son Don Wang (王道) at the service held at Huashan 1914 Creative Park. Director Lee Hsing (李行), veteran actors and actresses such as Sun Yueh (孫越) and Tsui Xiao-ping (崔小萍),and many others from the entertainment industry attended the memorial service to commemorate the icon.

Wang, who passed away at the age of 96 this March, was praised by Hung as a model for Taiwan's film industry. Wang acted on his passion for his country by joining the army when he was young, and dedicated his life to cinema and performing arts after the war.

The Ministry of Culture has also requested the Taiwan Film Institute to organize a retrospective film festival to screen over 12 movies that featured Wang in different time periods.

The festival will include two segments, and the first part will be held from June 5 to 7 at the Huashan Spot Theater. The opening film for the festival will be 'Bad Dream (惡夢初醒),' the first feature film shot by a public studio after the Republic of China government relocated to Taiwan.

The organizers will also screenclassics such as 'The Coldest Winter in Peking (皇天后土),' by which Wang won the title of Best Supporting Actor from the 1981 Golden Horse Award, and'Hualien Port (花蓮港),' which was shot following the retrocession of Taiwan.

The second part of the festival will include more films and forums at the Taiwan Film Institute from June 13 through July 25. For ticketing information and more, please contact the Institute at (02)2392-4243, or log onto http://www.tfi.org.tw/. 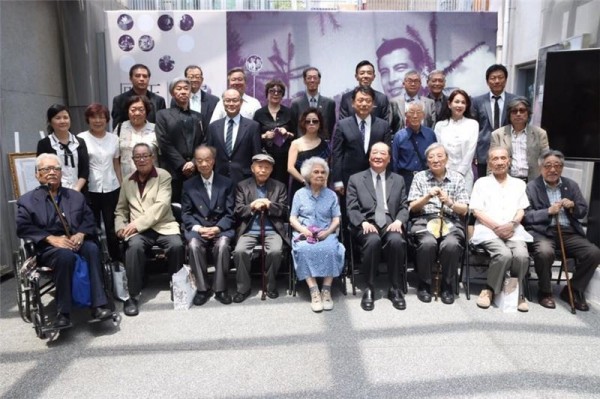