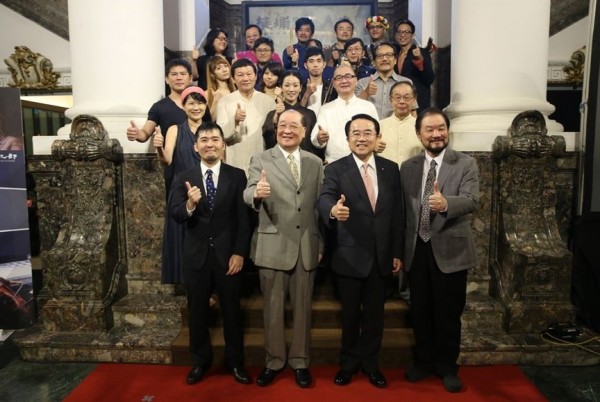 The grand opening of the Taiwan Cultural Center in Tokyo will be marked by the launch of the 2015 Taiwan Culture Week in Japan on June 12. A number of elite Nanguan, Taiwanese, aboriginal, and Hakka troupes have been invited to perform in the five-day festival to reflect the essence and diversity of Taiwan's culture.

To enhance the capacity of cultural exchanges between Taiwan and Japan, the former Taipei Cultural Center was relocated to the Toranomon business district in Minato, Tokyo and renamed Taiwan Cultural Center to highlight its role in promoting the unique culture of Taiwan. The opening of the center's new home in Tokyo marks its new mission and Minister of Culture Hung Meng-chi (洪孟啟) will travel to Tokyo on June 11 to attend the opening ceremony scheduled for June 12.

The center will also host a photography exhibition presenting the landscape of Taiwan and its people from the 1930s to the 1970s, offering Japanese visitors the experience of traveling in the course of Taiwan's cultural memories through time and space.

Established in 2010 to enhance cultural exchanges between Taiwan and Japan, the Ministry of Culture's Tokyo branch will continue to introduce the unique characteristics of Taiwan through photography, film, television, traditional arts, and literature.