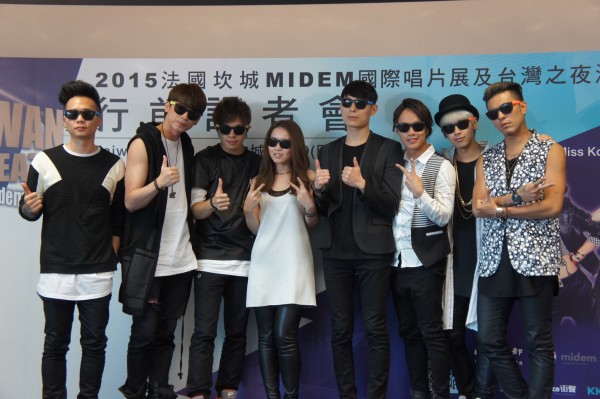 Taiwan will be represented by rapper Miss Ko (葛仲珊), electro-pop group Magic Power (MP魔幻力量), and visual rock band My Skin Against Your Skin (激膚樂團) at this year's MIDEM in France, the leading business and live music event of the world's music ecosystem.

Hailing from Queens, Miss Ko has been touted as "a star who rhymes like no one else on earth” for her effortless rapping in English and Chinese. The New York native released her debut album in Taiwan in 2012, and has since collaborated with many established Asian artists, including A-mei (張惠妹), Khalil Fong (方大同), and Soft Lipa (蛋堡).

The six-member Magic Power is noted for its use of three main vocalists and electronic musical instruments. Fanciful, light-hearted, and versatile, the band has since expanded its repertoire from electro pop to ballads, disco, and lounge music.

My Skin Against Your Skin is an indie band that prides itself on only using bass, drums, and vocals. Encompassing punk, grunge, and psychedelic elements, their music is touted as the sound of new age rock of the 21st century.

The performers will first fly to Cannes, the host city of MIDEM, to hold a "Taiwan Night” concert on June 7 at the Palais des Festivals, before traveling to Paris for a second concert at Pan Piper on June 9.