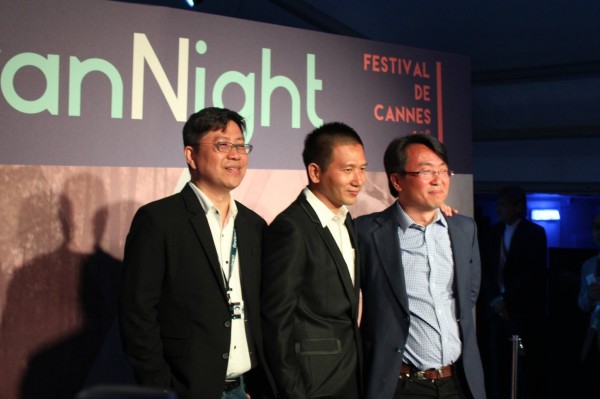 A movie proposal by Taiwan-based filmmaker Midi Z (趙德胤) has successfully attracted the interest of investors at 2015 L'Atelier, the business matchmaking segment of the Cannes Festival in France.

The winning proposal, "The Road to Mandalay (再見瓦城),” is the first film script penned by Midi Z. It pursuits familiar themes integral to the filmmaker's past productions, including immigration, marginalization, and the struggle for a meaningful existence.

The story takes place against the backdrop of illegal workers eking out a living in Thailand, and draws inspiration from the Midi Z's own experiences in leaving Burma. The script features collaboration from renowned Burmese writer Ma Thida, and has previously been awarded NT$6 million (US$196,700) under the Ministry of Culture's Rainbow Initiative for cross-sector cultural collaboration.

Through the L'Atelier segment at Cannes, "The Road to Mandalay” was chosen for the Prix ARTE International, an annual award offered by Europeanbroadcasting company Group Arte. The title comes with a cash prize of 6,000 euros (US$6580).

The additional funding promised by Group Arte will help Midi Z reach his target budget of 737,200 euros (US$809,740), making "The Road to Mandalay” a four-way co-production among Taiwan, Thailand, Burma, and France.