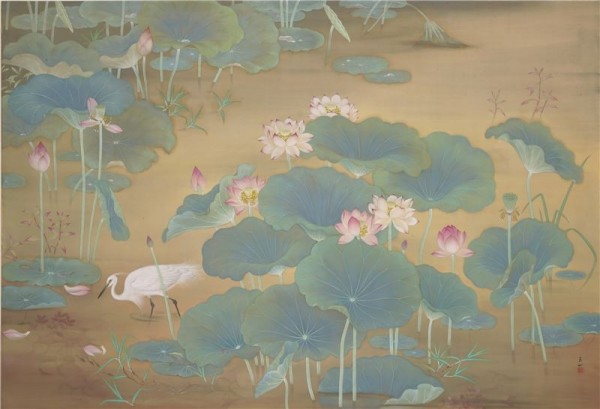 "Lotus Pond (蓮池),” a 1930 Eastern gouache painting by Lin Yu-shan (林玉山) currently held in the collection of the National Taiwan Museum of Fine Arts, has become the first-ever modern painting to receive designation as a national treasure.

In November 2014, the museum submitted four painting in its collection to be classified according to regulations specified by the Cultural Heritage Preservation Act (文化資產保存法). "Lotus Pond” was formally declared a national treasure on May 7, 2015 after review by the Ministry of Culture's ad hoc committee and the Antiquities Commission (古物審議委員會).

Lin's Eastern gouache masterpiece, "Lotus Pond,” depicts the large pond on Mount Niuchou (牛稠山) in the northern suburb of Chiayi City. Lin completed the painting at the age of 23, after observing and sketching from dusk to early morning to catch the most beautiful moments of sunlight lending its gold hues to the pond water.

Lin used light gold clay to accent the lotus pond, giving the painting a sense of warmth and spirituality. In addition to being rooted in Western realism, the painting also embodies traditional Chinese aesthetics and reflects Taiwan's natural beauty. "Lotus Pond” influenced the orientation of subsequent painting styles in Taiwan, giving it an irreplaceable importance and position in Taiwan's fine arts history.

In 1999, the owner of "Lotus Pond” put up the painting for sale. Hampered by limited funds, the museum launched a rescue campaign and managed to keep the painting in Taiwan by bringing together modest contributions from the private sector. The painting was subsequently repaired over a course of 240 days by a member agency of Japan's Association for Conservation of National Treasures in 2005.

Today, "Lotus Pond,” "Chiayi Amusement Park,” and "Morning Coolness” are exhibited at "Unique Vision: Highlights from the National Taiwan Museum of Fine Arts Collection,” as part of a display of 31 classic works reflecting the artistic achievements of Taiwanese visual artists in the past century. 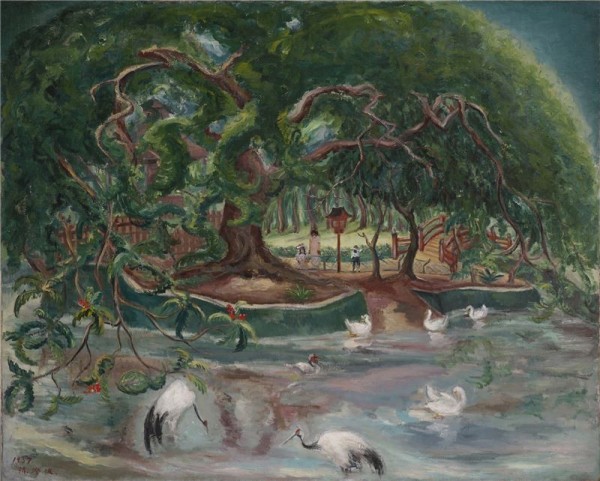 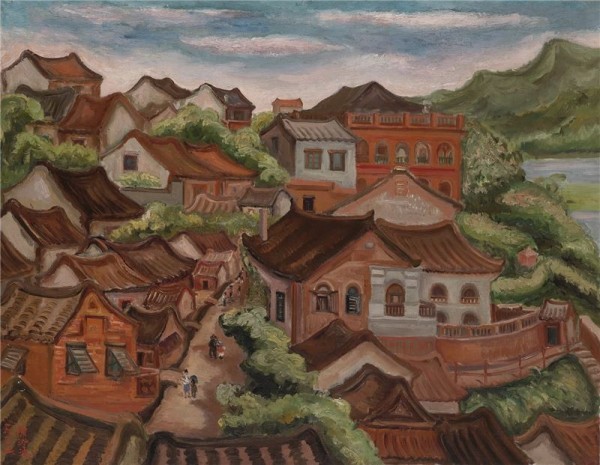 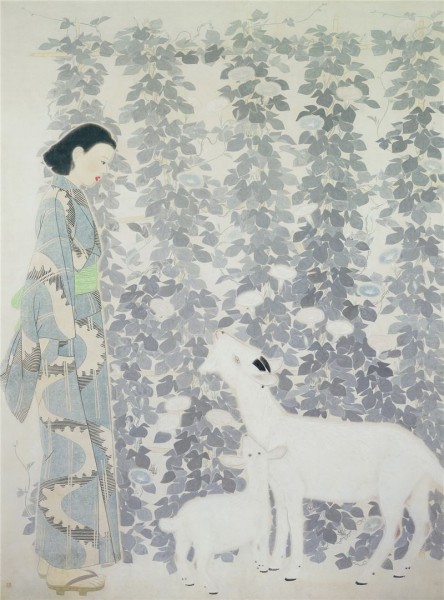