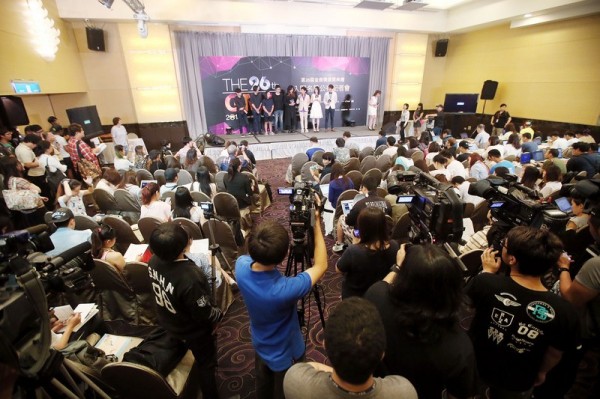 The nominees for this year's Golden Melody Awards were announced on May 18, in which a total of 131 works will compete in 26 categories. The winners will be unveiled at an awards ceremony on June 27 at the Taipei Arena.

However, Tsai was not nominated for Best Female Mandarin Singer. Instead, the title will go to either A-mei (張惠妹), Lala Hsu (徐佳瑩), Waa Wei (魏如萱), A-lin (黃麗玲), or Hong Kong's Karen Mok (莫文蔚).

The Jury Award will not be handed out this year as the judges failed to reach a consensus on the nominees, but the Lifetime Contribution Award will be presented to two individuals — singer Jody Chiang (江蕙) and composer Chen Yang (陳揚) — for the first time in Golden Melody history.

The nominees were selected by a 92-member judge panel from a pool of 449 albums and 12,890 submissions. Live broadcast of the awards ceremony will be presented by Taiwan Television Enterprise starting at 5pm on June 27.