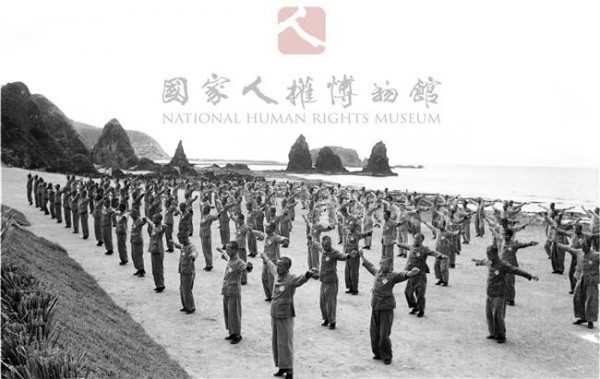 A musical will kick off the 2015 Green Island Human Rights Arts Festival on the outlying Green Island on the night of May 17. The musical titled "Tribute to the Souls of Youth” stages real stories of former political prisoners during martial-ruled Taiwan, a period of time known as White Terror.

The annual event, organized by the Preparatory Office of the National Human Rights Museum, encompasses musicals, films, readings, and more. The festival organizers hope that the diverse programs will lead people to experience the dark pages in the history of the islet.

Directed by Liu Liang-zuo (劉亮佐), the musical depicts the pains and sufferings of White Terror victims. Liu and his team have listened to the stories of those elders to learn about the horrors before making the play. These memories include secret interrogation, torturing, as well as the establishment of a clinic and a cram school inside the "Freshmen Disciplinary Camp” to improve the quality of medical and educational services.

On May 17,, 1951, the first group of political prisoners arrived at the 'Freshmen Disciplinary Camp' on the islet, which is home to fewer than 3,000 permanent residents today. The prisoners were stripped of personal freedom and subjected to forced labor and 'psychological reformation.' Today, the "Great Wall” in the park built by the victims stands as testament to their grievous lives in captivity.

The annual festival also includes a "Peace and Human Rights Film Festival” and a "Human Rights Book Fair” this year. The former includes screening of films such as "The Lady (以愛之名翁山蘇姬)” and documentary "White Prince (白色王子)” at the Oasis Village auditorium of the Green Island Human Rights Cultural Park every weekend in May. The book fair will run throughout the whole of May at theOasis Village Guard Center of thepark.