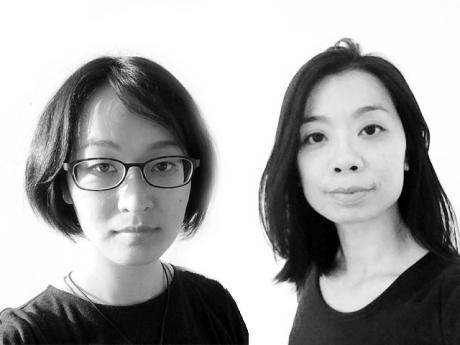 The winning proposal "Slices of Interconnectivity” by Su and Lin were among 15 proposals that were submitted to the "Accelerate @ CERN Taiwan” residency program, which was es

The joint proposal details their wishes to explore how physicists conceptualize the abstract concept of particle physics, and relate their findings to the aesthetics of text and mathematics. The final production will be presented in the form of a performance, incorporating elements of light, audio, video, space, and dance.

Su is the founder of YiLab, a dance group dedicated to the integration of new technology and performing arts, while Lin uses art to play out the interactions between science and human society.

As the first two participants of the Accelerate @ CERN Taiwan program, they will spend one month at the CERN headquarters outside Geneva starting January 2016, and engage in exchanges with scientists and artists from more than 100 countries. Their joint production will also be included in the Arts @ CERN collection.

Taiwan is the third nation to have joined the international collaboration initiated by Accelerate @ CERN, following Greece and Switzerland. The agreement was finalized during a visit by then Culture Minister Lung Ying-tai (龍應台) last June.

Established in 1954, CERN is known as the birthplace of the World Wide Web and the world's largest machine, the 27km LHC (Large Hadron Collider) designed to investigate the origins of the universe. The trans-national institution is concerned with all research and applications of matter and gravity, art and dance included.