The 2015 Creative Expo Taiwan (CET) is set to bring an unprecedented fusion of culture and creation to Taipei by gathering more than 500 creative brands to showcase their wares at three exhibition venues from April 29 through May 4.

At an April 22 press conference held to explain the curatorial concepts of the 2015 CET, Deputy Minister Vicki Chiu (邱于芸) noted the challenges of making an international trade fair more accessible and relatable to people and their daily lives. She compared culturally relevant innovation to the gene that will spur transformation in the industry's DNA, and called for more people to participate.

The first site, Huashan, will play host to traditional crafts and copyright trading, while the second venue will highlight Taiwan's originality in the design field. The last site, which also served as an important role in the 2011 Taipei Flora Expo, will trade its petals for fashion and accessories.

The expo will also be accompanied by fringe events held in surrounding boutiques, bookstores, cafes, galleries, theaters, and craft shops to fulfill the vision of "the city is the venue; life is the platform.”

A complete list of the participating stores can be found on creativexpo.tworcetmap.tw. Download the CET Map app now from Google Playor theApple App Store. 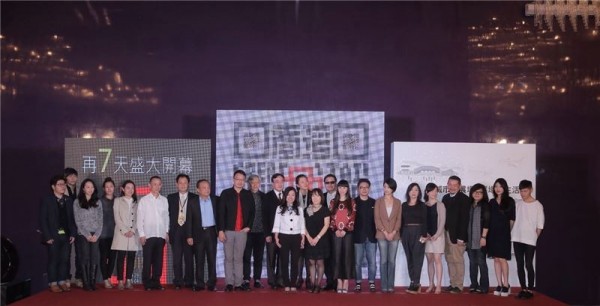