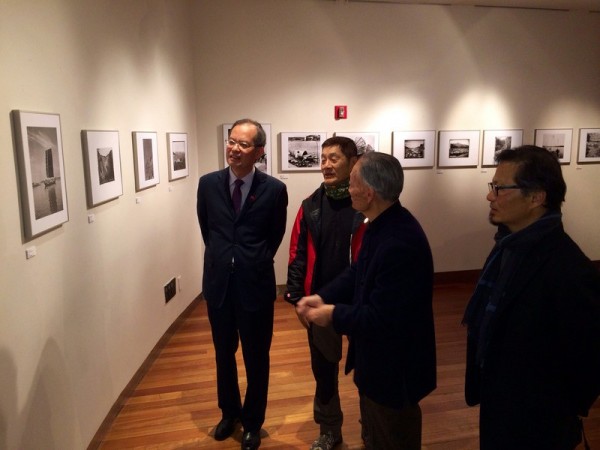 Residents in the greater New York region are cordially invited to a special photography exhibition on Taiwan's natural visage that will run through May 15, 2015.

"The View of Formosa's Landscape from Photographers,” a joint exhibition hosted by the Taiwan Academy in New York, presents a unique perspective on the island's natural and human landscape through the lens of 15 Taiwanese and foreign photographers.

The lineup includes many iconic sights that are now long gone, such as portraits of the plain aborigines who once dwelled on the dryriverbeds of Tainan (photographed by 19th century Scottish geographer John Thomson), and the daily life of early settlers along the Danshui River following the retrocession of Taiwan (captured by the late photographer Lee Ming-tiao, 李鳴鵰).

Also documented are indigenous vegetation and animals, as well as less-accessible scenery like the crest of Jade Mountain, the highest peak in southeast Asia; fog-shrouded Taroko Gorge, which boasts one of the world's largest natural enclosed spaces; and an aerial view of the Central Mountain Range, which splits the island neatly down the middle.

The exhibition on some of the earliest photographic images of Taiwan is part of the 2015 Asia Week New York.