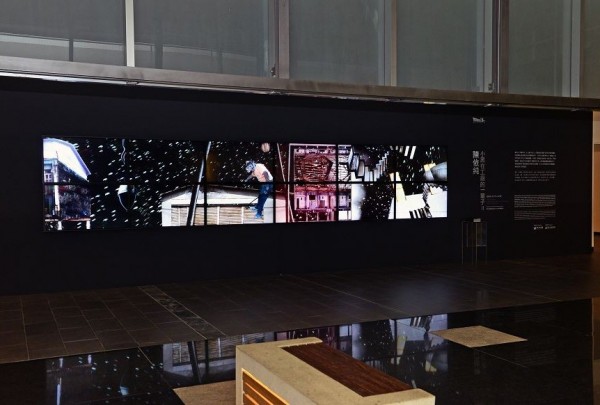 Two digital art projects that stood out from the National Taiwan Museum of Fine Arts' annual talent hunt are now both on display at the Taichung-based museum. They are "Little Black: Life in the Factory - Second Episode” and "Data. Wave. V2,” both of which were subsidized by the 2015 Digital Art Creation Competition Program.

"Little Black” by female artist Chen I-chun (陳依純) discusses the dignity of laborers and workers in a capitalist society. Familiar images of factories and imaginative outer space scenes unfold slowly and interchangeably like a roll of film. The artist took pictures of laborers at work and replaced their heads and limbs with those of a Taiwanese black dog. The imageryrefers to the strays often seen in Taiwan's industrial parks and eludes to workers who become dark-skinned due to manual labor. The project is presented through 12 television display screens, on which various elements of factories are edited into different surreal settings to express Chen's concern over the current conditions faced by Taiwanese laborers.

Chang Po-chih's (張博智) "Data. Wave. V2,” which is displayed in a panoramic audiovisual room, visualizes the flow of information by utilizing the numbers "0” and "1” to represent digital data in a romanticized form. Taking samples from the data of the museum's wireless base stations and re-coding them into images that surround viewers as ocean waves, the project is the artist's thoughts on the popularity of social networking and the less-heeded voluminous amount of data that are transmitted constantly for electronic communication. The artist sees the information flow as water and fluids that ultimately run together to form an ocean. 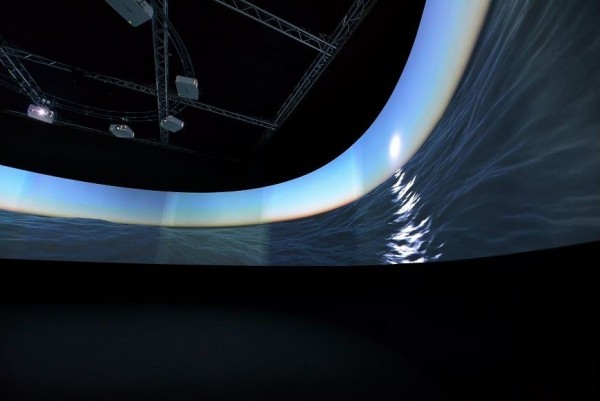